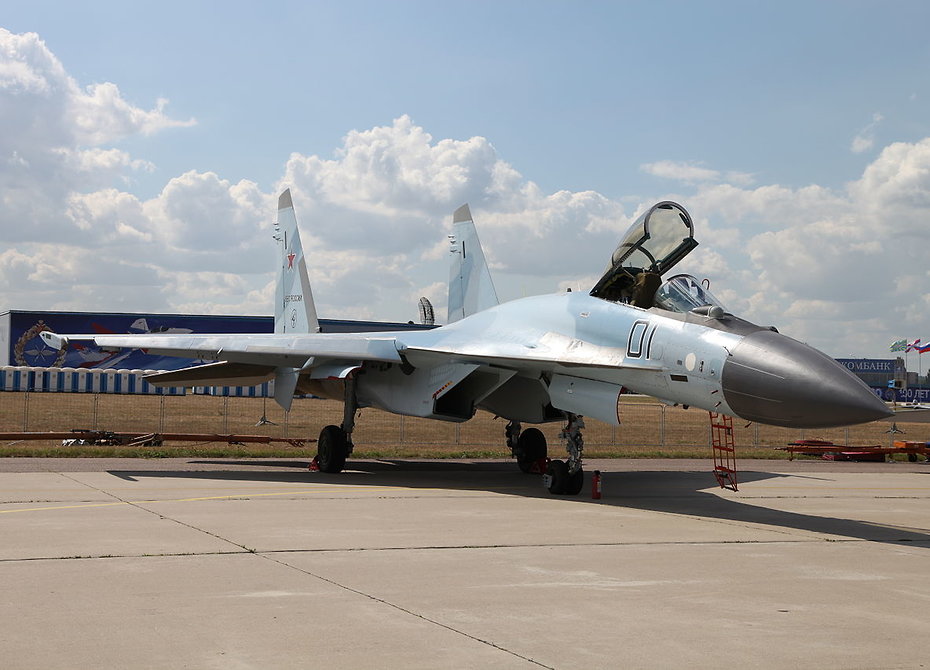 Russia sends a quad of brand-new Su-35S to Syria

‘Kommersant’ reports that due to increased tensions in relations with Turkey, Russia has redeployed 4 brand-new Su-35 fighter jets to the Hmeymim air base in Syria to test them in combat conditions.

Komsomolsk-on-Amur aviation plant transferred the aircraft in October-November 2015 to the Russian Aerospace Forces.

Having crossed the Caspian Sea, the aircraft crossed Iran’s territory and finally got to Syrian Latakia. Thus, Russian mixed aviation group involved in the operation comprises over 70 aircraft and helicopters.

Turkish officials have accused Russian military of violating the country’s air space. Russian Defense ministry rejects the fact. Due to this, Turkish president Recep Tayyip Erdoğan expressed a wish to have a face-to-face meeting with Vladimir Putin.

Relations between Moscow and Ankara strained after November 24, 2014 when Turkish air force hit the Russian Su-24 bomber. Oleg Peshkov, the aircraft pilot died, the air navigator managed to survive. The plane had participated in operation against terrorists in Syria. Turkish officials claimed the craft had violated the country’s air space. Moscow denied it.

Vladimir Putin called it a “stab in the back” from the “terrorists’ allies”. In the Address to the Federal Assembly head of the state fiercely criticized the Turkish authorities and said that “it would be more than just tomatoes for Turkey to loose” for murdering Russian military.