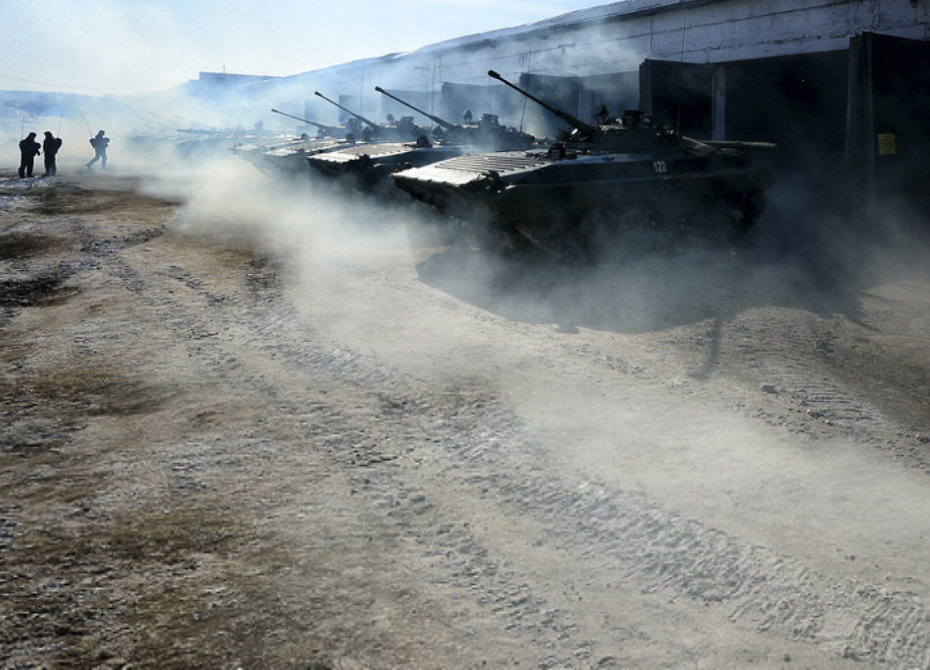 Check for peacefulness. Why does Russia put forces on alert in the South?

The first is the growing number of Turkey’s declarations that it can intervene with the war in the Syrian territory. The second is British military exercise in Jordan accompanied by statement, however later denied, from the military agency that the true purpose of the exercise is troops shift in the case of conflict with Russia.

These events, along with appearance of the Saudi forces in Jordan prove that serious aggravation is most likely to happen in the next few days. Putting on alert two key military districts in charge of the Asian and Middle East regions, the CMD and SMD respectively, proves it as well.

The official explanation — checking the troops’ readiness for potential crisis in the South-West direction — only reflects the situation that might become critical in the nearest future, within hours-to-day range.

It is hard to measure the depth of this potential crisis, but the possibility of Turkish troops invading Syria and attacking Russian base in Latakia shows that expectation of direct military clash between Moscow and Ankara deserves a serious consideration. In such conditions, putting on alert the Black Sea fleet and the Caspian Flotilla is the only way to react to possible threat as well as to prevent it, especially considering that both have cruise missile carriers capable of killing targets deep in the enemy’s territory.

Such demonstrative actions might be seen as reckless, but only at a first glance. This surprise inspection, which comprises ‘field work’ for the staffs, putting on alert the airborne and military transport aviation, should be regarded rather as chiming alarm.

It demonstrates to all those around including potential hostiles, that a surprise attack is impossible, plus ‘Hmeymim’ might suddenly acquire an airborne division instead of a reinforced marine battalion.

Whether there is actual need to redeploy or skilled gamblers figure out the deal on their own, is another question. Nevertheless, a lot depends on it, including the possibility of war. Including the nuclear one.

In spite of Turkey: why is it so important to win back Aleppo? Konstantin Bogdanov
Russia and the USA: missiles and the conflict model Aleksey Fenenko
Moscow did not prevent Kirghiz people from replacing their governments Andrey Kazantsev
More