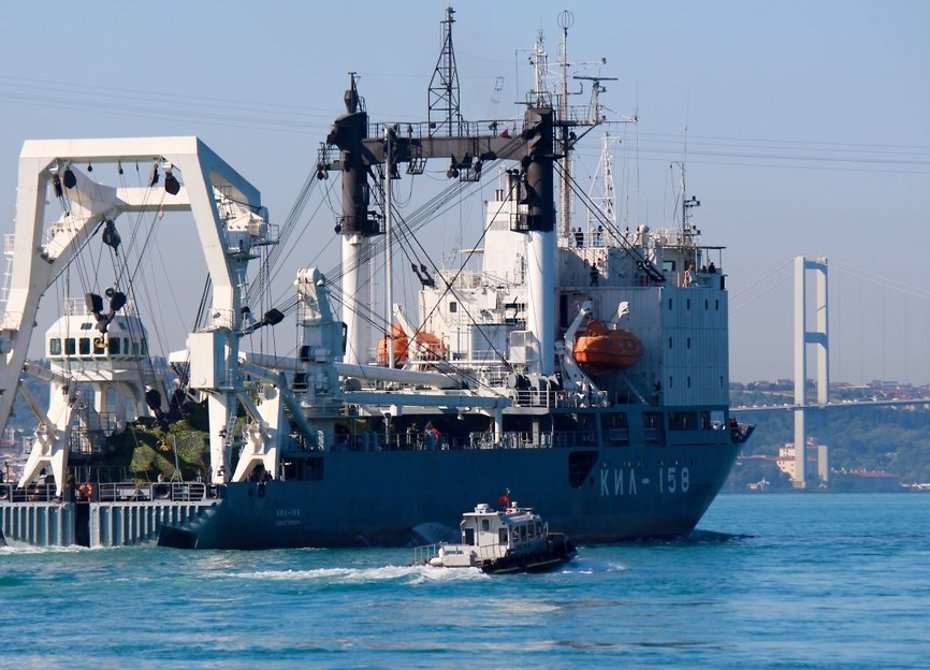 It was Turkish ship spotters that noticed them. Local media even assumed that there could be tanks under the cover.

However, the bmpd military blog notes that judging by the lines, two special-purpose Project 03160 ‘Raptor’ Russian fast assault craft could be on the way to Syria.

A few days earlier, on May 5, the Project 1171 ‘Saratov’ landing ship of the Black Sea fleet moved to Syria through Turkish straits. ‘Rys’ armored vehicles could be seen on its upper deck.

We remind that both Russian and Western media called the military cargo delivery from Russia to Syria the ‘Syrian express’. Ships deliver cargos to support ‘Hmeymim’ Russian military base in Latakia.

Check for peacefulness. Why does Russia put forces on alert in the South? Ilya Kramnick