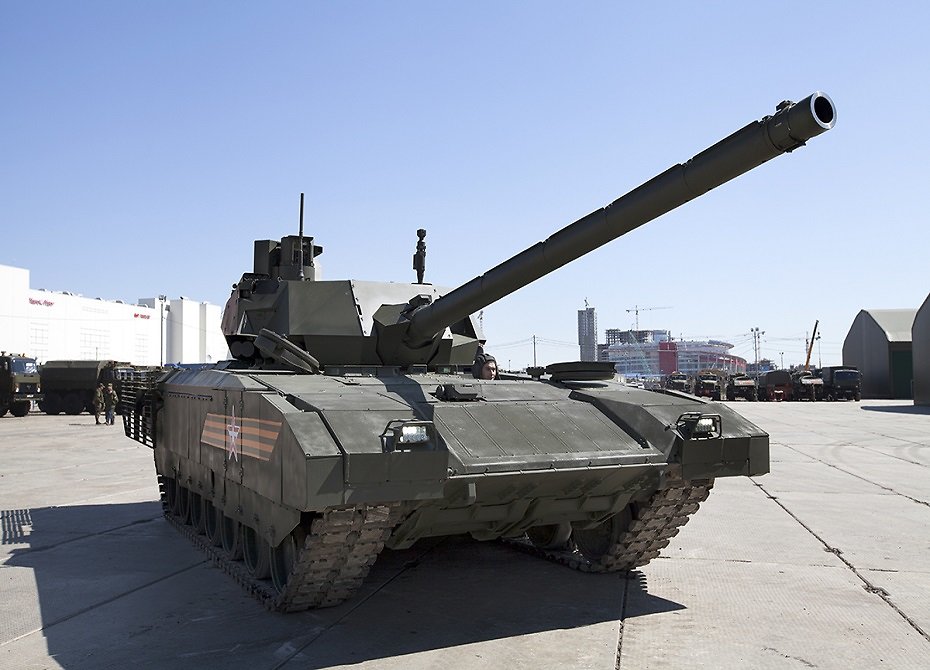 Yuri Borisov: “Armata” will be a long-time landmark for all tank makers of the world

According to the Russian Deputy defense minister “Armata” platform-based tank leaves foreign analogues behind by many characteristics.

During the interview to “Rossiya 24” TV-channel Yuri Borisov said that “Armata” was a breakthrough in tank building which would set direction for the industry development for the next 10 to 15 years.

“This is both crew composition and new vulnerability affecting solutions, as well as firing capabilities and new kind of ammo. All these things combined seriously increase combat efficiency and make this combat unit competitive to its main rivals” — deputy head of Defense minister said.

“I’m speaking of the second generation "Abrams", "Leopard-2" and others. “Armata” tank today exceeds these characteristics and we hope it will remain a long-term landmark for all the tank makers of the world” — Borisov noted.

“Armata” is a unified heavy “platform of the future”. Based on the platform they made a main battle tank, an infantry fighting vehicle, as well as a tank fire support vehicle and others. 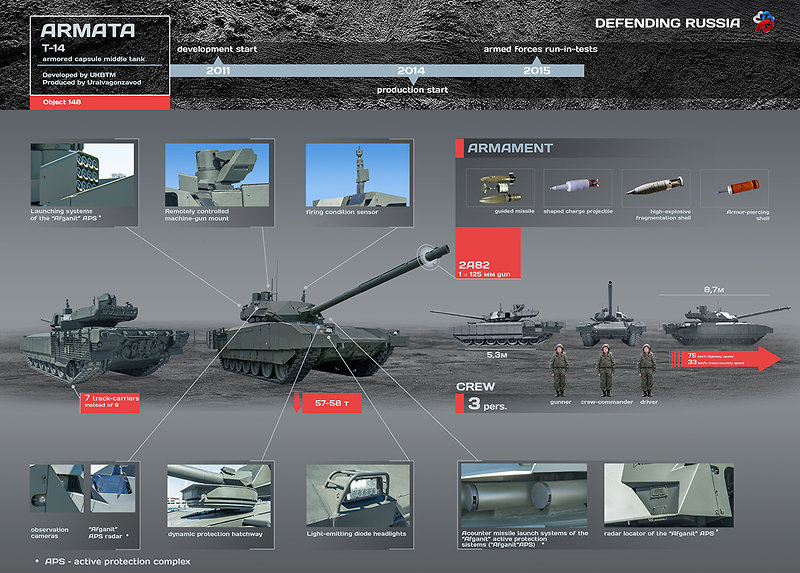