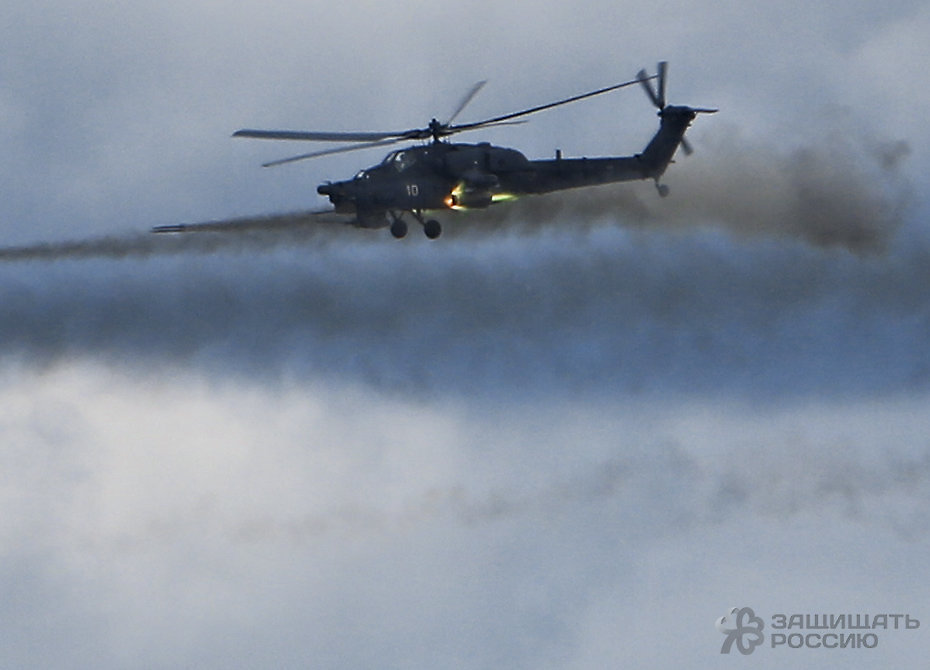 ‘Night hunter’ blows out IS’ armored vehicle in Palmyra (clip)

Russian Defense Ministry has posted a spectacular video of the Mi-28N helicopter in action near Palmyra.

In Part 1 of the video the ‘Night hunter’ fires an ATGM at IS’ armor. After that, the APC disappears in the smoke.

In Part 2 the helicopter cabin camera records the helicopter-fired missile hitting militants who were hiding in a building near Palmyra.

From March 7 until March 27 Russian AF conducted over 500 entries with over two thousand airstrikes on the IS’ fighters near the ancient city.