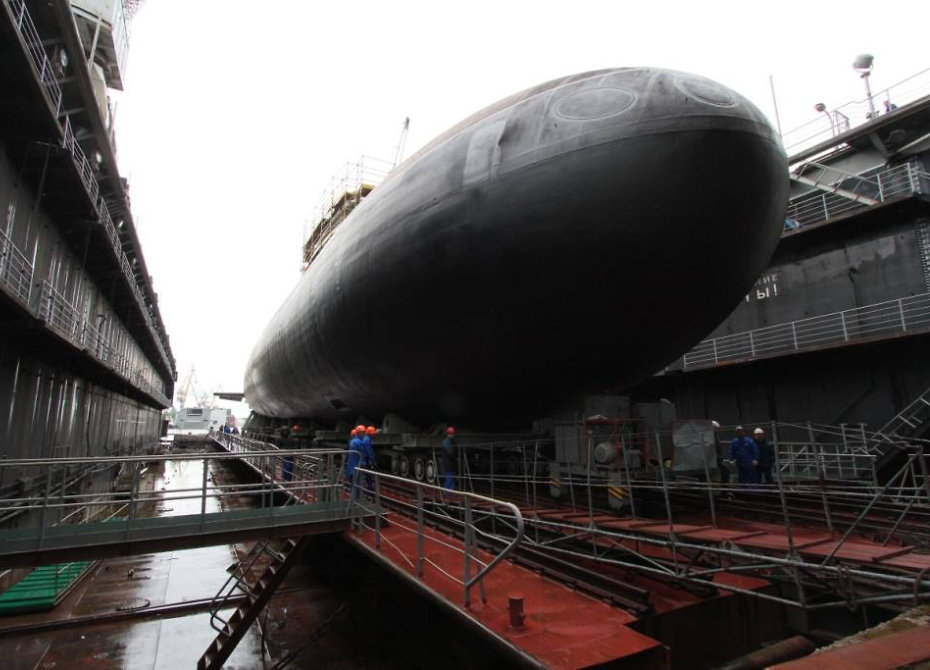 The ‘Admiralty Shipyards’ plant has floated out the Project 636 ‘Kolpino’ submarine.  It has become the final ship in the series manufactured for the Black Sea fleet.

Before that they had already manufactured 5 diesel-powered ‘Varshavyanka’ submarines for the Black Sea fleet. ‘Novorossiysk’, ‘Rostov-na-Donu’, ‘Stari Oskol’  and ‘Krasnodar’ submarines are now a part of the fleet, while ‘Velikiy Novgorod’, the fifth ship in the series, is being prepared for the factory tests.

It became known earlier that Russian Navy had ordered manufacturing of six diesel-electric submarines of this series for the Pacific fleet as well.

Project 636.3 submarines belong to the third generation and are development of the projects 636 and 877. They are considered the world’s lowest noise submarines and were nicknamed ‘Black hole’ in the West. They have underwater speed of 20 knots, diving limit of 300 meters, cruising capacity of 45 days, crew – 52 members as well as underwater displacement of around four thousand tons.

The special features of these submarines are the ‘Kalibr-PL’ missile system and upgraded radio electronics.