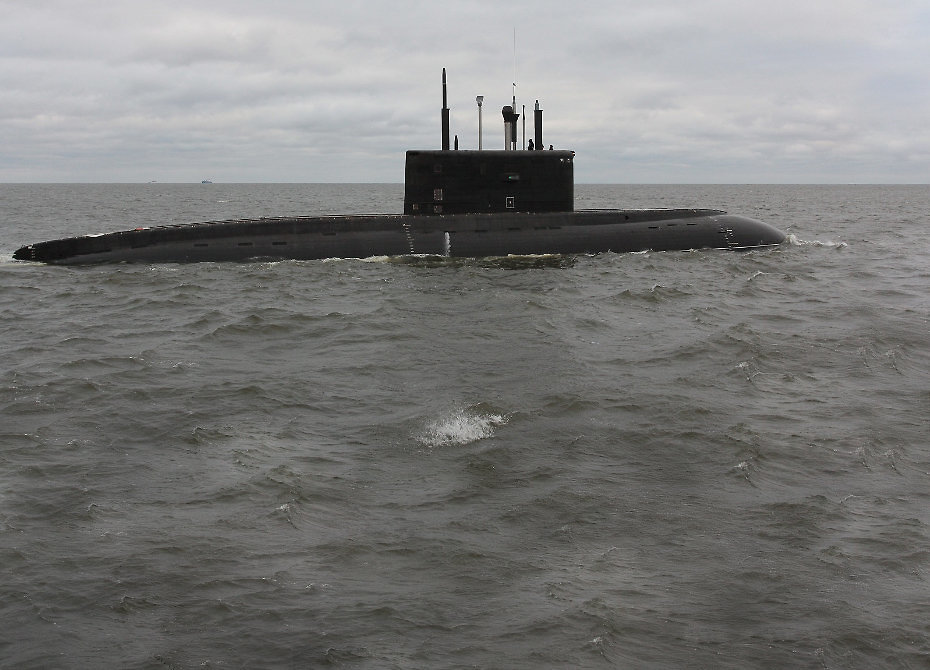 Interfax quotes its source as saying that the Black Sea fleet “Rostov-na-Donu” (Rostov-on-Don) diesel-electric nuclear submarine of the Project 636.3 has entered the Eastern part of the Mediterranean Sea.

The source stated that “The sub carries “Kalibr-PL” cruise missiles similar to those launched by the Caspian flotilla at ISIS-related targets”.

“Rostov-na-Donu” – is the second ship of the Project 636.3 built at JSC “Admiralteiskie verfi” for the Russian Navy. The sub was launched in summer of 2014.

Project 636.3 ships are the third generation submarines. They are among most low-noise subs in the world. Their underwater speed is 20 knots, maximum operating depth is 300 meters, cruising capacity is 45 days, crew – 52 persons, underwater displacement is about 4 thousand tons.

Key characteristic of the Project 636.3 diesel-electric subs is the “Kalibr” missile-striking system.