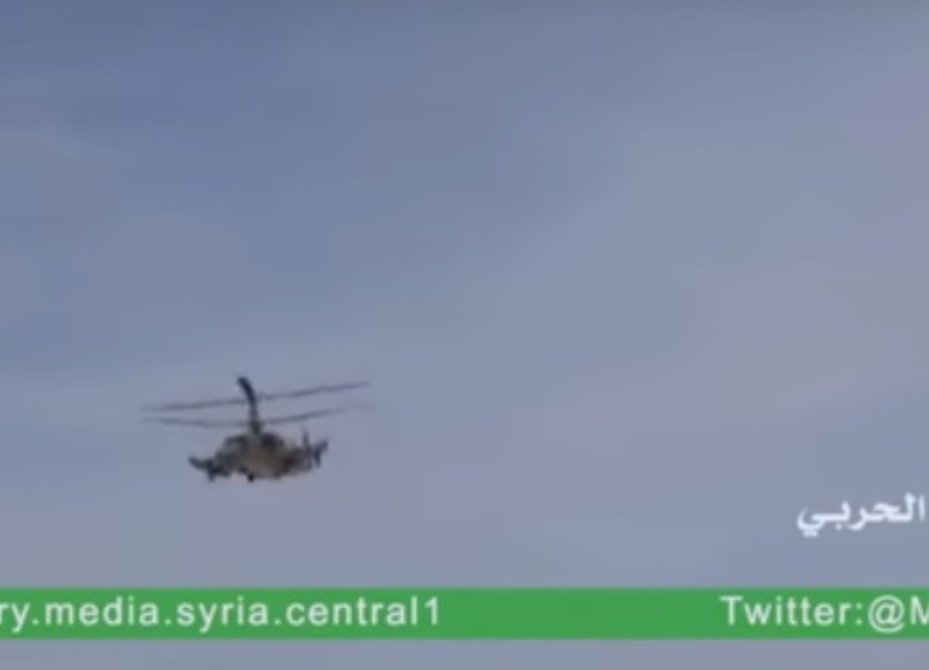 Ka-52 Russian helicopters have been engaged in the Syrian operation for the first time. Video was shot near the town of al-Qaratain, which was liberated from the terrorists on April 3.

At least three ‘Alligators’ firing unguided missiles can be seen in the video. It could be a historical moment, for craft of this type had never been used in combat before.

We remind that as many as two Ka-52 helicopters were redeployed from Russia to the Syrian airbase Hmeymim in mid-March of 2016.

11:2416 Oct, 2015 Putin specifies timescales of the Russia’s operation in Syria Special operation of the Russian Aerospace Forces in Syria has its time frame. It is coordinated with defensive operation of the Syrian forces against militants. News
Su-35 in Syria: why did ‘wolf-dogs of steel’ arrive in Hmeymim? Konstantin Bogdanov