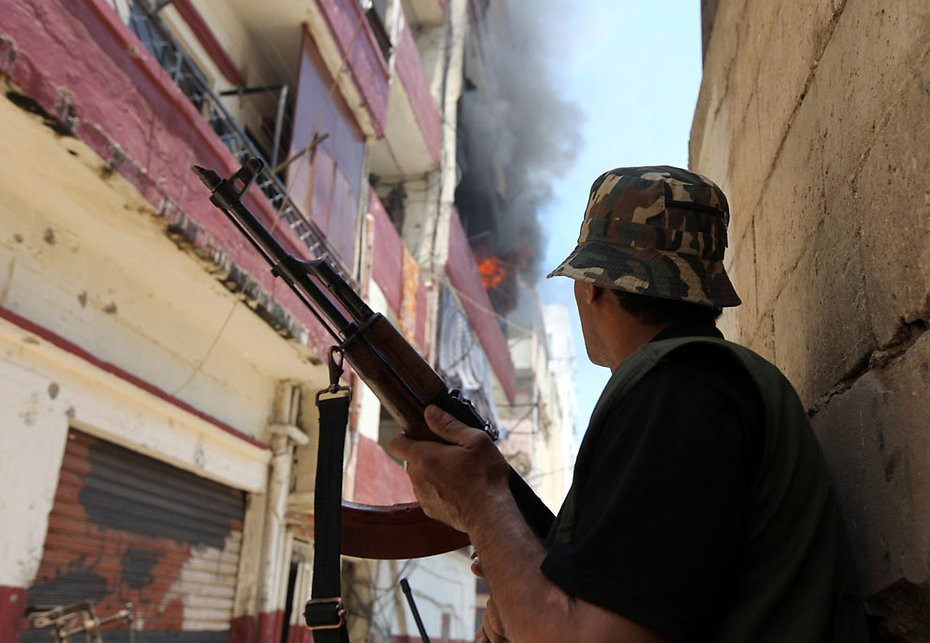 Russian echo of the Syrian war

Anna Batyuchenko, the orientalist, exclusively for “Defending Russia” counted the Russian citizens fighting in Syria and tried to explain the reason why Slavic girls keep on going there.

The civil war in Syria has been on for over four years now. Everyone is aware that foreigners fight on both sides. If governmental forces can count mainly upon organized volunteers from Iraq, Lebanon, and Iran, then various insurgent groups attempt to recruit even among European and American Muslims in addition to Arabic youngsters of the Middle East.

Those who recruit have a far-reaching approach.

The story of Varvara Karaulova, a Moscow student, who tried to get to Syria in order to supposedly join a group of rebels is widely discussed. Had her parents and Russian officials been less active, she could have had a chance to join the ranks of Russia’s and post-Soviet states' descendants taking part in battle action or getting combat and mine-explosive training in the camps outside the Syria’s government control area.

We can divide our compatriots into three relative groups: the first and the most numerous group includes the North Caucasus natives; the second group traditionally Islamic Volga region inhabitants, such as Tatarstan and Bashkiria, somewhat Western Siberia and lately the Crimea; the third group includes the recently converted Muslims, mostly citizens from the European part of the country (Russia keeps abreast with Europe in the matter). We cannot count them all but the approximate number varies from a couple of hundreds to 1000 fighters.

If we examine the first group in detail, we’ll see that Chechens and Dagestani natives form the bulk of it. That is caused mainly by the state of things in the republics when those who disagree with authorities get annihilated or forced out of the region. Though not all ethnic Chechens are sure to be Russian citizens. According to Georgian sources, around half of the Chechens fighting in Syria are Kists inhabiting the Pankisi Gorge in Georgia. It is the Georgian citizens that were the most famous «shishani” (which stands for «Chechens” in Arabic) — Umar ash-Shishani (the true name is Tarkhan Batirashvili, former head of the «Jaish al-Muhajireen wal-Ansar” group, later commander of North Syria in the Islamic State of Iraq and the Levant (the ISIL); Muslim ash-Shishani (Muslim Margoshvili), head of the «Jund al-Sham” group; Saifullah ash-Shishani (Ruslan Machalikashvili), former comrade in arms of Umar ash-Shishani that was later killed in battles for Aleppo. Among Chechens fighting in Syria there are a lot of those who gained citizenship or refugee status in Europe.

Nearly all the Chechens who moved off to Syria are one way or the other related to «Imarat Kavkaz”, the North-Caucasus terroristic group.

They consider the war in Syria as an opportunity of gaining the battle experience rather than fighting for Islam. That is the reason why the majority of Chechen fighters did not join the ISIL. The ISIL itself does not treat them as high grade combat potential.

The pan Islamic mood of other Caucasus descendants is expressed much brighter and they swear fealty to the ISIL more willingly.

We have less information on the second group for it has the least influence on the events and the least number of fighters. Still, the Crimean tartars may be the exemption. They act as bloggers and interpreters to conduct ideological warfare and to recruit the new arrival in the web.

A significant feature of the Syrian war is that all sides of the conflict actively use the internet.

At least two armed groups in Syria had Russian-language web-sites. They were «Jaish al-Muhajireen wal-Ansar” and a less known small-numbered group, consisting mainly of Caucasians «Usud ash-Sham” («Lions of Sham”). It’s quite evident that placing the information only in Russian can testify implicitly to the national composition of the group let alone the site audience. The news comments contained a lot of questions on how to join the group. That kind of activity had been going on for at least a year before the sites were closed in 2014. In general, blogs and social networks pages calling for jihad are countless.

A Syrian of Palestinian origin used to have a very active wife. In her video she confirmed that she would fight Russia for she was disappointed in its policy in Syria. Her husband had formed and headed the group and she followed him along with their four children. The group took part in combat in Yarmuk within the Free Army. The underage son of the group head, a Russian citizen, participated in the group’s raids. The group would have its own page in Russian and a Russian participant was in charge of it. She also raised money for the group. She is in Russia now with her children.

The last and the most interesting group of Russians involved in the Syrian conflict.

The ethnic Slavs who accepted Islam and consider serving the worldwide caliphate their new aim. They are the most precious acquisition for the ISIL.

These people number in dozens. Overwhelming majority are young women and girls. On arriving to Syria, like other European females, they are sent to camps for enhanced ideological training. When finished, they pass on to mine-explosive training and basic course of intelligence work. They are the ISIL gold stock and major hope of carrying the combat activity to the territory of the «Disbelievers”. When the training is terminated, regarding the achieved results, they get section graded. It’s not likely that everyone goes to combat or combat support units. Some of them get returned home and tasked to collect intelligence, money and to recruit the supporters.

The most valuable staff goes to reserve, less valuable to support and to carry out terrorist attacks.

Anyway that is a long term headache for Russian special services and a wake-up call for Russia’s society.

Check for peacefulness. Why does Russia put forces on alert in the South? Ilya Kramnick
“Distributed lethality”: Russian and American versions Ilya Kramnick
Russia and the USA: missiles and the conflict model Aleksey Fenenko
More