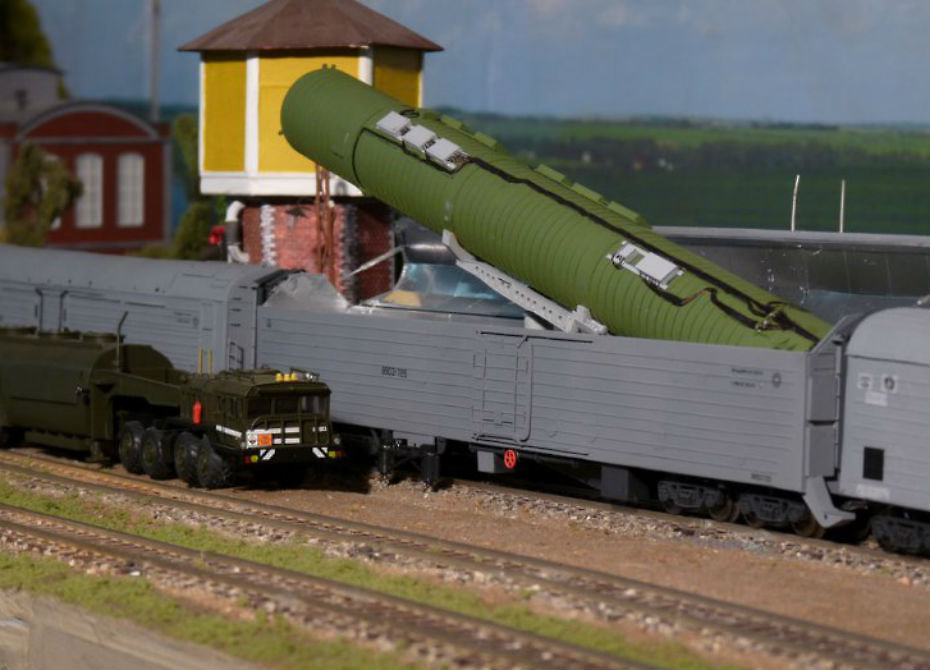 Russia has started manufacturing elements of the ‘Barguzin’ railway-based ICBM.

“The design documents are ready and we have started making some elements of the system” – a source of TASS said and added that there are no specific dates of the train adoption.

It was reported earlier that the new railway-based ICBM would be equipped with ‘Yars’ missiles, each train carrying six ICBMs. They plan to deploy five systems altogether. Russian Strategic Missile Forces consider that new systems will remain in service until at least 2040.

We remind that developing of the ‘missile trains’ is carried out, among other things, in response to the US global prompt strike. The ‘Molodets’ rail-based ICBM used to be a unique missile system. It could go on combat patrol within 1.5 thousand kilometer’ range and remain in autonomous mode for a few months. It could launch missiles both en route and from station areas. Each train used to be equipped with three launching systems and to carry 12 missiles.

There were 36 rail-based systems in total. The Ukraine based ‘Yuzhnoye’ design bureau was the head developer. According to the START treaty, signed by the Russian and the US presidents in 1993, Russia was deprived of the ‘nuclear trains’ in 2005. The new START (SNV-III) Treaty puts no restrictions on development of such missile systems.