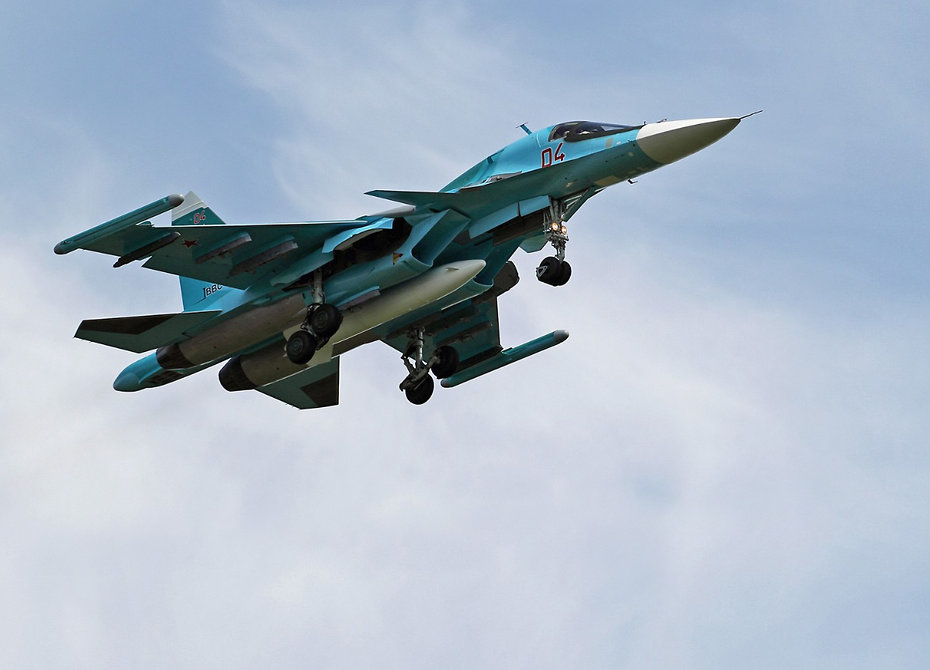 Russian Far East to host Su-34 for the first time

Eastern Military District will deliver the first batch of the Su-34 frontline bombers. These aircraft have never been in service with the EMD before.

In the morning of May 30 four aircraft took off from Novosibirsk and headed for Khurba base aerodrome near Komsomolsk-on-Amur, Interfax reports.

The 227 bomber regiment of the EMD now has 24 Su-24M. BMPD Russian military blog says that it’s going to be the third Aerospace Forces regiment reequipped for the Su-34.

The aircraft has high performance and maneuver characteristics. The Su-34 uses high-efficient guided ‘air-to-ground’ and ‘air-to-air’ long-range weapon with multichannel application. It is also equipped with ‘smart’ radar defense system.

The Su-34 has highly developed damage control system, including armored cockpit. It has up to four thousand kilometers flight range, top speed of 1900 kmh as well as combat load of up to 8 tons.