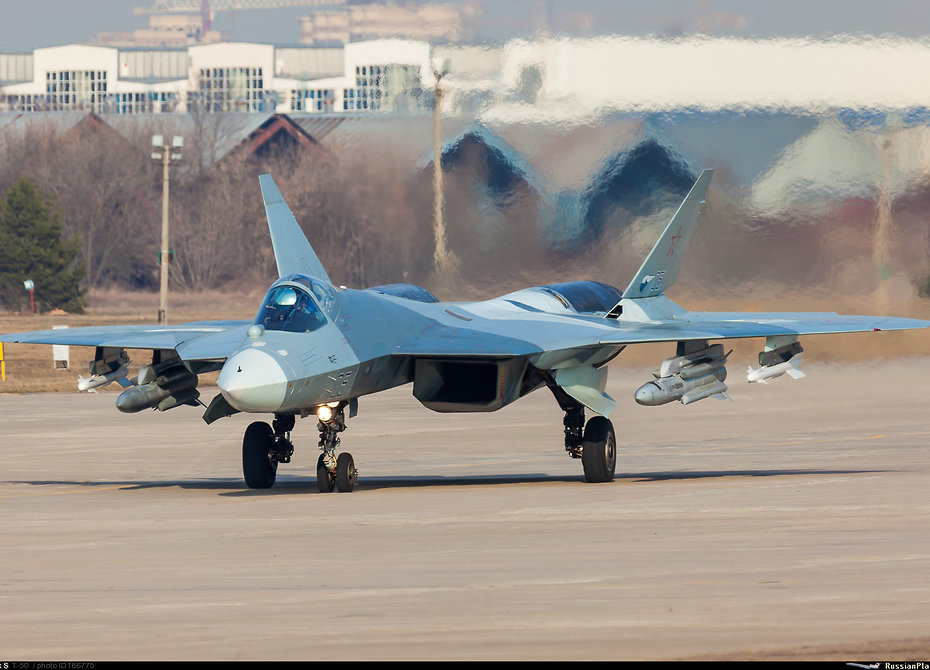 Two trial models of the T-50 (PAK FA) fighter jets with guided missiles mock-ups on external loads are being tested in Zhukovski.

BMPD military blog says that, judging by the spotters’ photos, tests have been carried out since December of 2015. 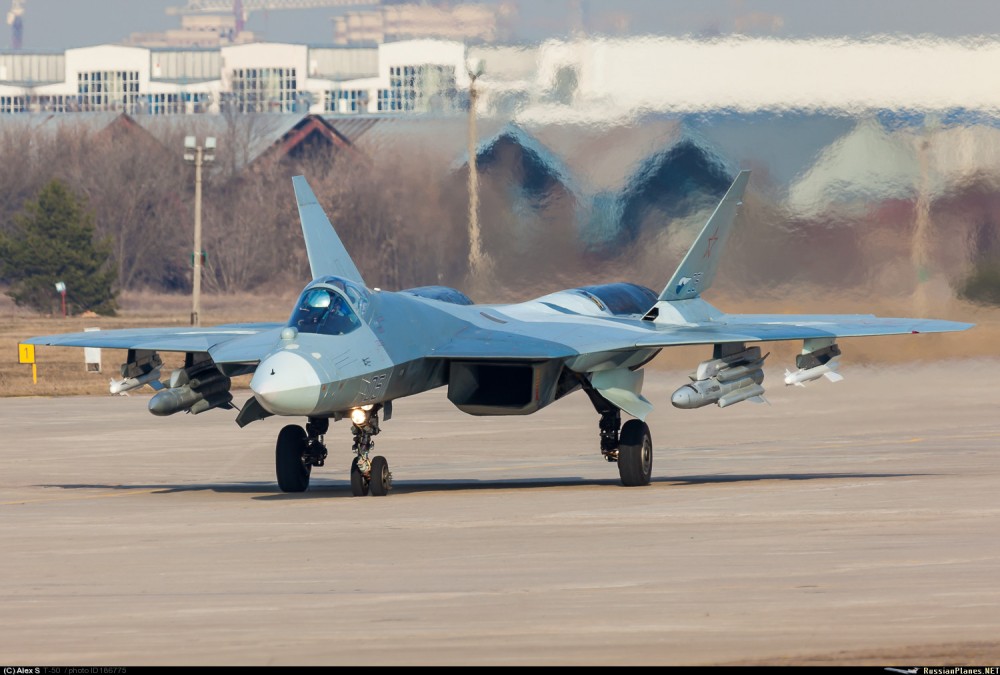 Mockups of the H-31, RVV-MD and RVV-SD missiles fixed on the combat aircraft can be seen in the pictures. 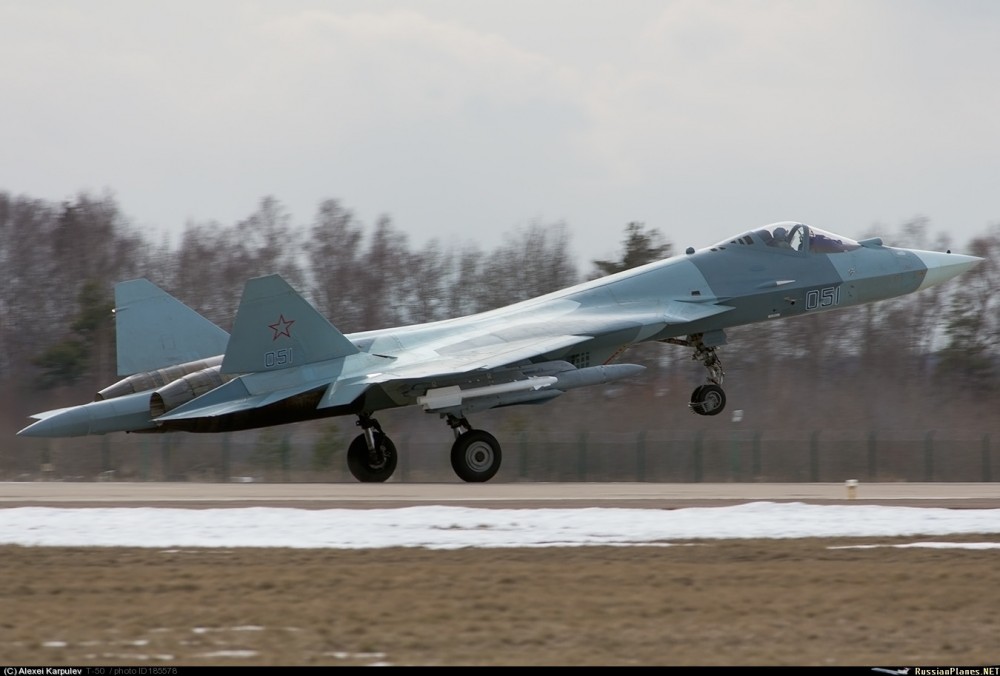 It was earlier reported that most weapons will be inside the bodies of advanced aircraft. There is also an option of fixing the weapon on the external load. 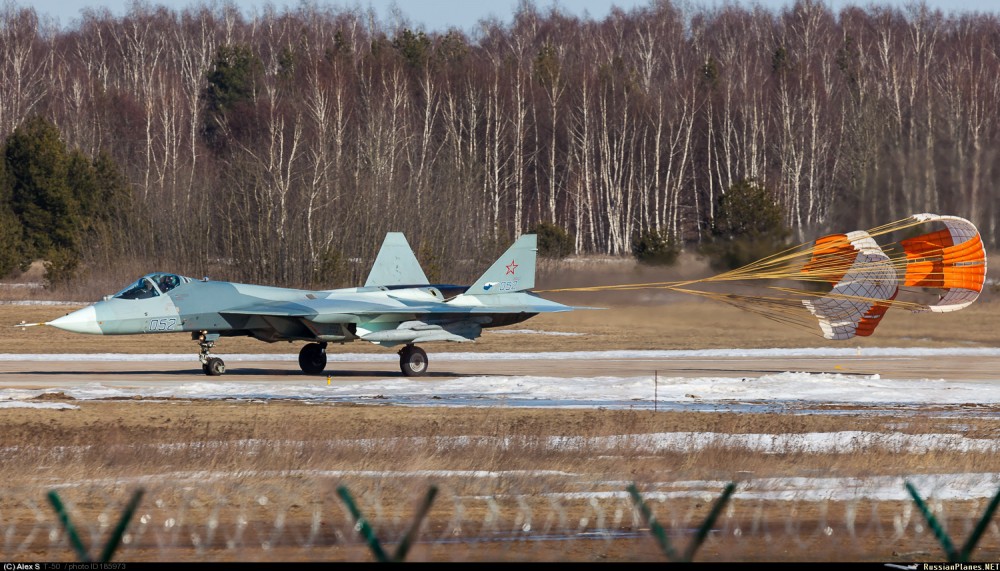 The T-50 fighter jet is now the most advanced product of the Russian aviation industry. The aircraft is low-observable, multifunctional, equipped with state of the art electronics and can maneuver in high peak overloads.