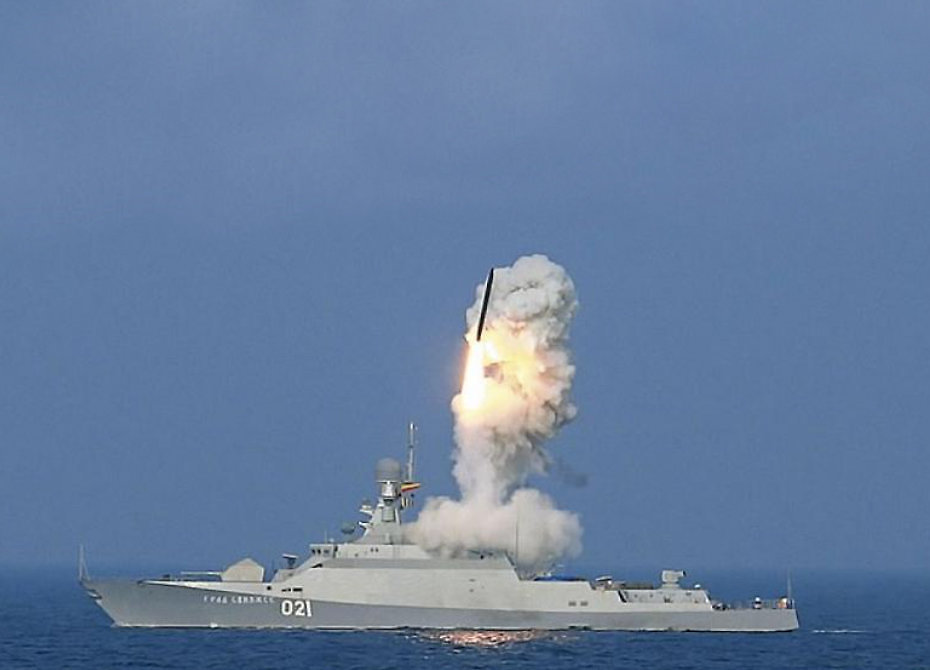 According to unofficial sources, ‘Kalibr’ cruise missiles were launched from the Southern part of Aleppo in Syria.

According to open sources, Russian Navy Mediterranean Group now includes a MRK ‘Serpukhov’ equipped with the ‘Kalibr’ system. However, launches of the cruise missiles have not been confirmed by the Russian Defense Ministry.

We remind that first combat use of the 3M14 ‘Kalibr’ missile systems is dated October 7, 2015. That day four ships of the Caspian flotilla fired 26 missiles at the terrorists-related objects in Syria. Later, on November 20, ships of the Caspian flotilla launched another 18 missiles. On December 8, 2015 ‘Rostov-on-Don’ submarine fired four missiles.