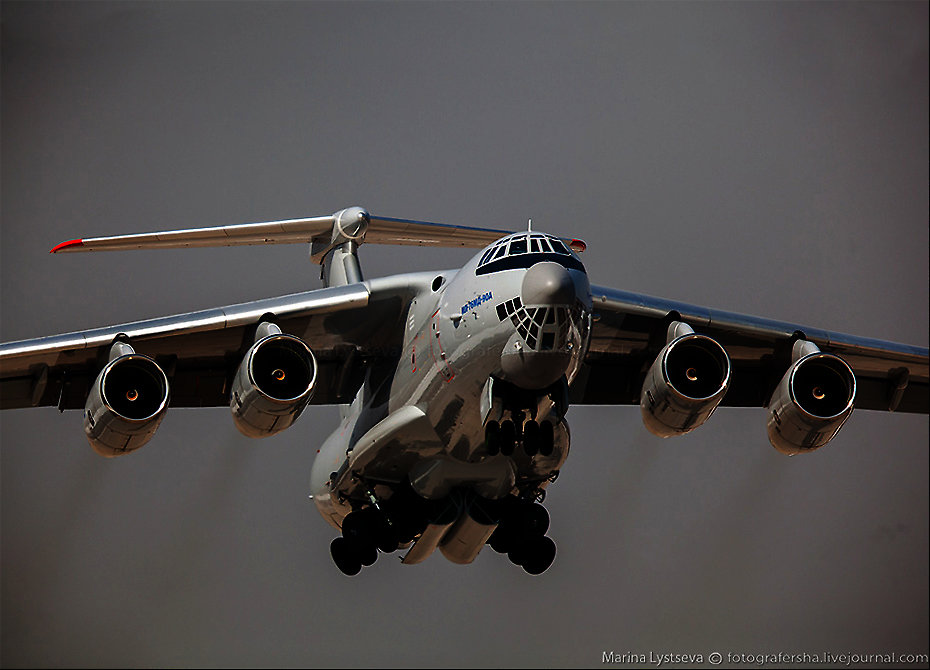 Military will extend contract for the IL-76MD-90A airlifters. The two aircraft ordered earlier will have entered the service by late 2015, - general-lieutenant Vladimir Benediktov, the commander of military-transport aviation of Russia (MTA) said, “Defending Russia” correspondent reports from Ulyanovsk.

“The MTA re-equipment program will be reconsidered. We hope to get more aircraft that we initially planned to. We badly need them for the MTA, Air Force and for the country’s needs” – Benediktov said.

Benediktov noted that it had only formal resemblance to the previous generation aircraft of the IL-76 family for its characteristics were significantly improved. The aircraft had new avionics. New type of engines, upgraded construction of wings and chassis provided for better performance capabilities: increased cargo and troop-carrying capacity as well as enhanced flying range and flying time.

As Venediktov noted, the air-staff conversion center in Ivanovo would receive the first two aircraft that year, in November-December the latest.

The IL-76MD-90A production started in Ulyanovsk in late 2009. Before that, the IL-76 family had been manufactured in Tashkent. The first trial model took off in 2012. At the same year the military signed delivery contract for 39 aircraft of the type through 2020. They are also developing special aircraft – for instance, the flying tanker and the radar picket based on the IL-76-MD-90A.