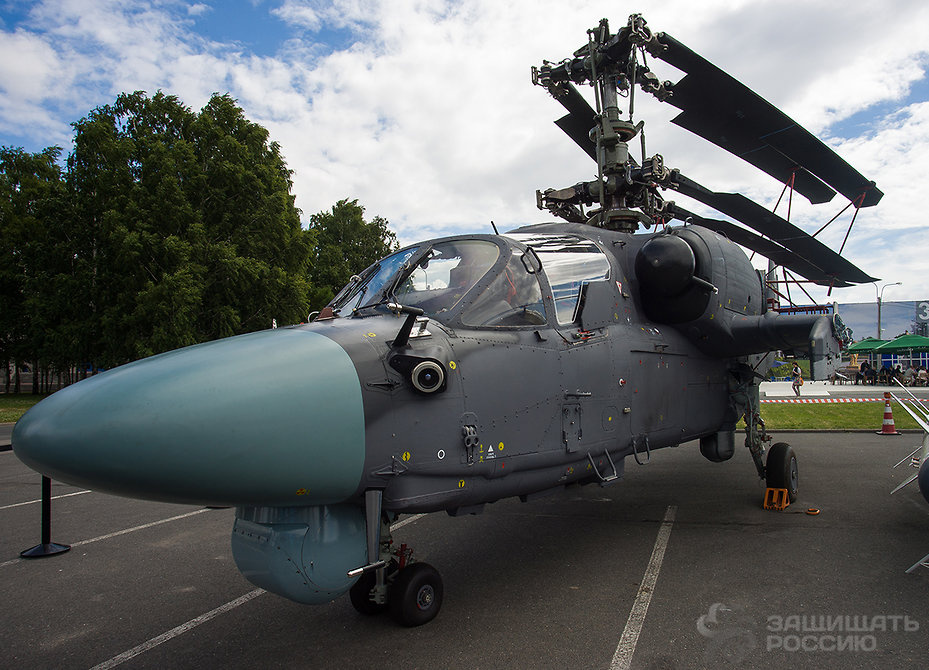 Ka-52K helicopters are being tested for deployment on board of the ‘Admiral Kuznetsov’ aircraft carrier.

A source in defense industry said: “These tests aim at adoption of the Ka-52 to deployment conditions of the ‘Kuznetsov’. In the long view, helicopters of this type will be included in its aviation group”.

The ‘Admiral Kuznetsov’ heavy aircraft carrying cruiser of the Project 1143.5 ‘Krechet’ is the only ship of this type in service with the Russian Navy. The ship will undergo upgrading in 2017. According to TASS, they will focus on renewal of the flight deck, including replacement of the cover and barriers.

The renewed aviation group will include the Su-33 heavyweight upgraded deck-based fighters, light-weight MiG-29K/KUB as well as Ka-27, Ka-31 and Ka-52K helicopters. However, the Su-25 UTG battle planes will no longer remain on the deck. The work will take up to three years. Other details of modernization remain uncleared.

The Ka-52K was developed for the Russian Navy. The vehicle has reduced wing for ship deployment as well as folding blade and air conditioning systems to operate in sea conditions.