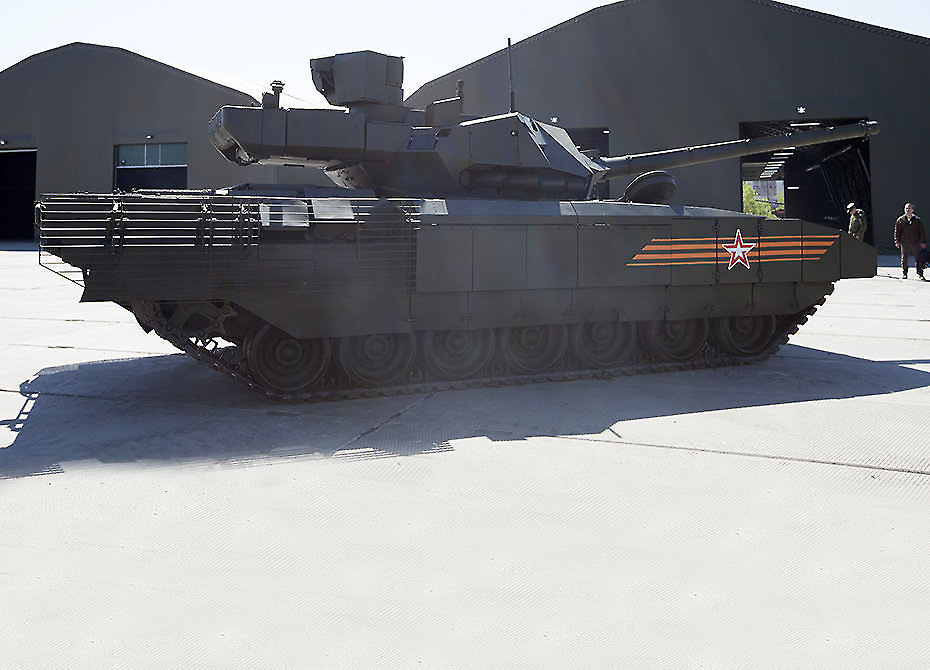 Vyacheslav Khalitov, Deputy director general on special-purpose equipment said: “We gradually move from manufacturing crew-operated vehicles. We shall try to exclude the crew out of operation process in the future”, — RIA Novosti reports.

“As for Armata, the crew now consists of three, later on of two members. The furthest plans are no crew at all”, — he added.

We remind that it came to our knowledge the the plant was in the process of developing a T-90-based “robot-tank”. Later they reported that in the long run “robot-tanks” would be possible to link in a net.

By the way, the Nizhny Tagil enterprise has been dealing with the issues for a couple of years now. As far back as in 2013 at the Russia Arms Expo the “UVZ” displayed the first vehicle that drove and fought fire, being controlled by a remote operator.

We also remind that the M-1 Armata tank was first shown to public during the Victory Day Parade in Red Square on 9 May 2015. The main difference is a remote capsule to seat the crew. The 125-mm cannon projectile can burn through a meter of steel.