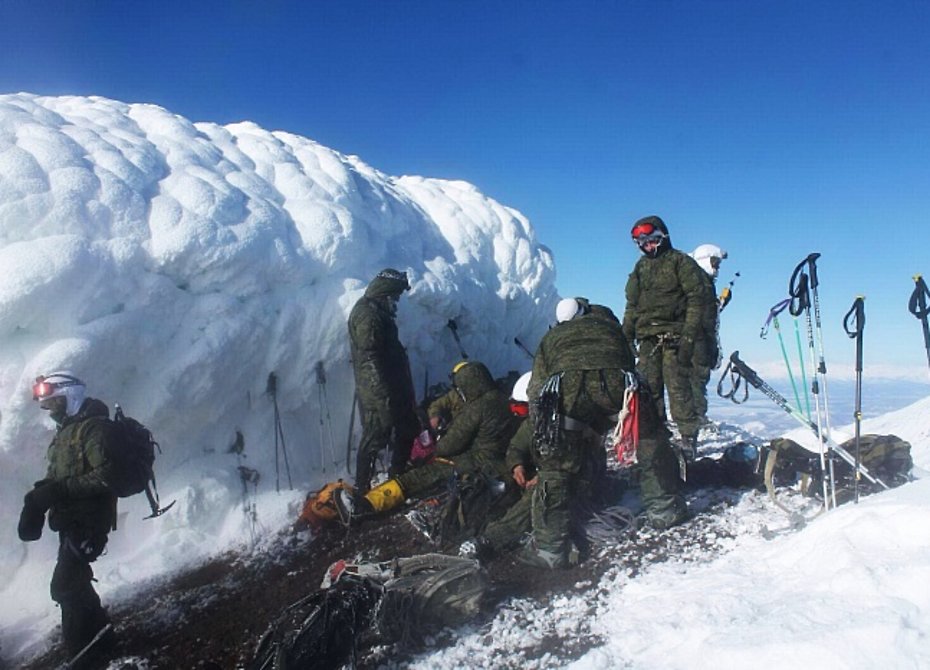 Special forces units of the Eastern military district have climbed the Avacha volcano in Kamchatka.

Ascent of the ‘fire breathing mountain’ took place as part of training activities for the ‘Elbrusskoe koltso’ all army contest.

“In full combat gear, armed, with climbing equipment the servicemen ascended the snow-covered slopes to the height of 2741 meters at a temperature of 17 degrees Centigrade below zero. The climbing was complicated by strong wind”, — an EMD representative said. 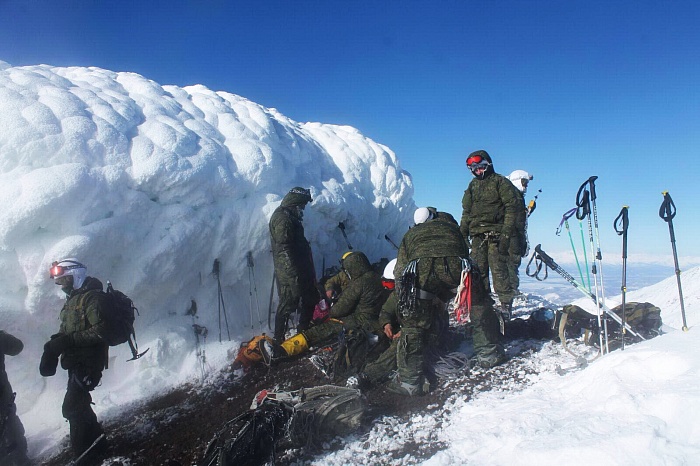 The special forces servicemen crossed ice and rocky sectors of the volcano. In the near future, they are going to climb the Koryakski volcano, which is 3456 meters high.

Elimination competitions in Kamchatka will be over on March 25. Before that, four teams of the EMD, which represent marine brigades of the Pacific fleet, naval and army special forces units will show their ski and climbing skills.

Each team consisting of 17 persons will have to conquer a few peaks and mountain passes in full combat as well as climbing gear. They will grade not only the distance passing but also proper use of equipment, safe movement in the mountains and other points, which special mountain troops must be aware of.

The best team will go to the survival center in Terskol, Kabardino-Balkariya to participate in ‘Elbrusskoye Koltso’ contest.

The 100 km-long forced march will pass through seven mountain saddles, six glaciers, two ice plateaus, five mountain rivers. After that, the military will have to climb Elbrus, which is 5642 meters high A.S.L.