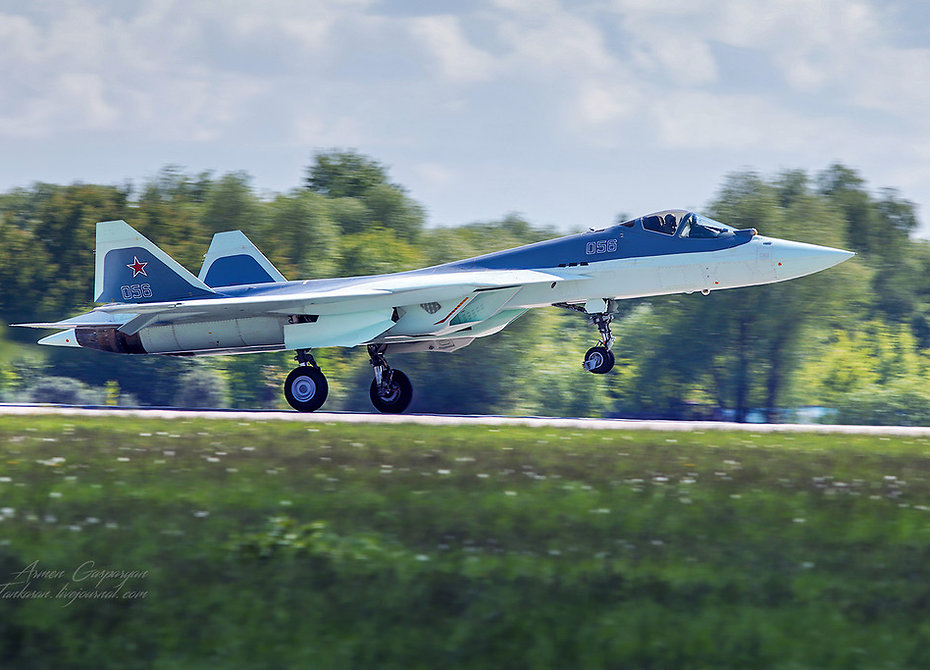 T-50-6-2, the 6th trial model of the Russian PAK FA fighter jet has conducted flight in Zhukovski near Moscow.

The combat aircraft raised in the sky on May 16, 2016 at the airfield of M.M. Gromov flight research institute. It has been the debut flight at the institute and the second flight altogether of the 6th T-50.

The T-50-6-2 fighter jet was transported from Komsomolsk-on-Amur to Zhukovski on board of An-124 military-transport aircraft early in May.

The first flight of the aircraft with the board number ‘056’ was held on April 27 of 2016 at the airfield of Komsomolsk-on-Amur based Y.A. Gagarin aviation plant.

The T-50 fighter aircraft is the most advanced craft of the Russian aviation industry. The aircraft is stealth, multifunctional, equipped with state of the art electronics and capable of maneuvering under acceleration.

According to the T-50 equipment developers, the craft is not just the 5th generation plane but signifies principally new ideas. This is 100% new aircraft, which not just provides the pilot with information on request but provides full-scale data support. For this purpose, the craft has ‘smart covering’.