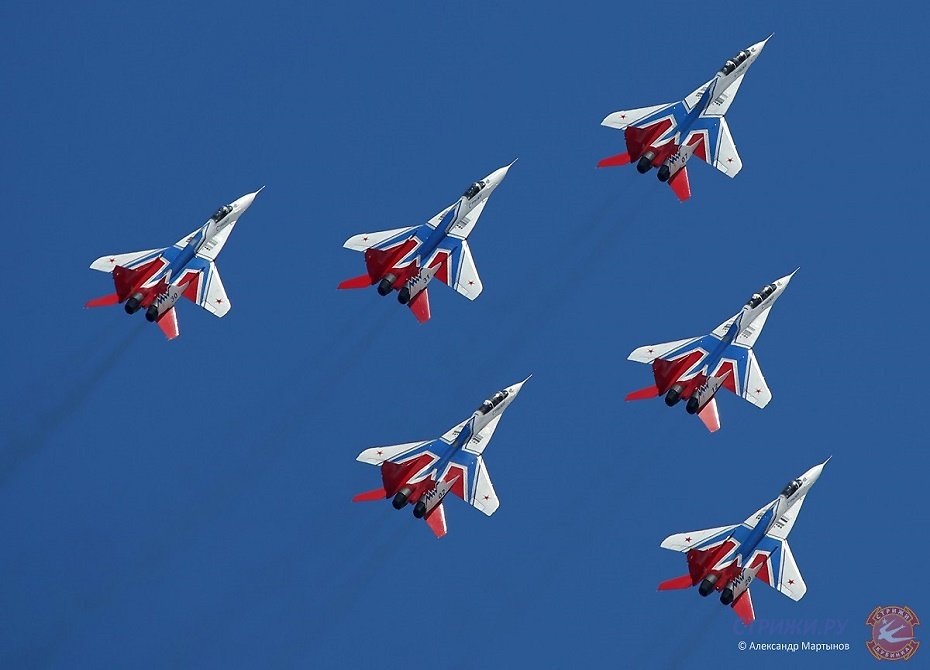 Best acts of the legendary aces are ‘Rhomb’ and ‘Tulip’ formations in addition to ‘Kubinka diamond’, which is performed along with the ‘Russkie Vityazy’ group.

One of the unique aerobatic groups is celebrating its 25th anniversary in the sky.

The official birthday of the group is May 6, 1991. It was then that the pilots had appeared in painted white and blue MiG-29 for the first time at an air show.

The ‘Striji’ group was founded on the base of the 234th Guards Instructional Interceptor Aviation Regiment in Kubinka.

The pilots fly the MiG-29 and MiG-29UB aircraft.