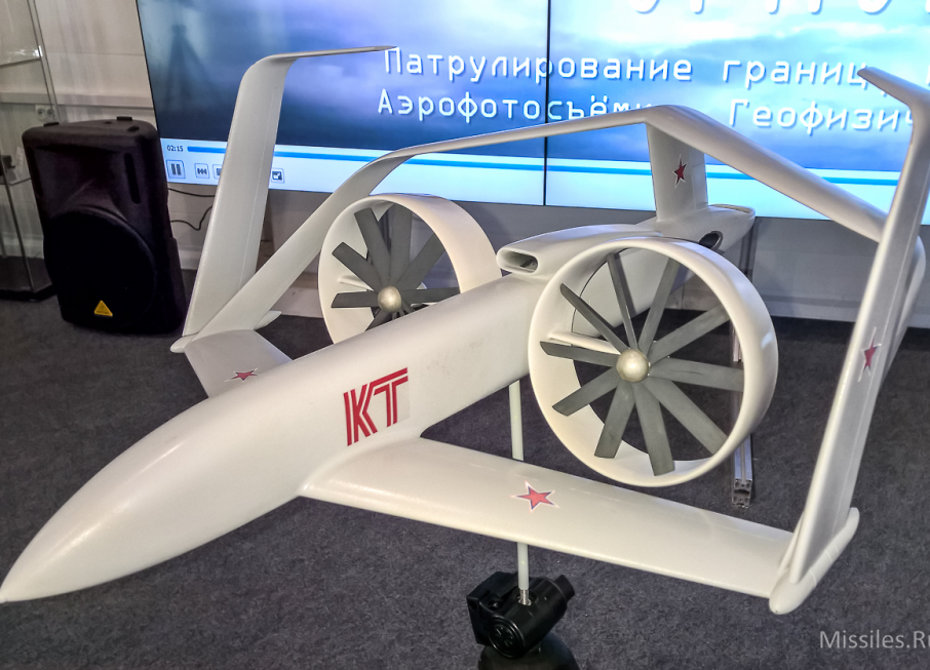 ‘Fregat’ was introduced for the first time at the MAKS-2015 Aerospace Salon in Zhukovski. It was planned that ‘Fregat’ would combine flexibility of the vertical take-off and landing with flight characteristics of aircraft-type configuration, which makes it possible to operate the vehicle in distant areas with poor infrastructure.

“We offer airplane configuration with rotable fan-powered propulsors that is mainly focused on long-range flights (which exceeds flight range of the modern helicopters by 2-3 times) as well as on high speed (500 kmh the lowest)” — the agency’s source said.

‘Fregat’ is expected to carry up to 1700 kg of operational load at airplane-like take-off and up to one ton at helicopter-like take-off. Top flight altitude is supposed to be eight thousand meters, expected sortie duration — about 10 hours.

This UAV is designed to perform wide range of tasks — from aerial monitoring to operational cargo delivery.