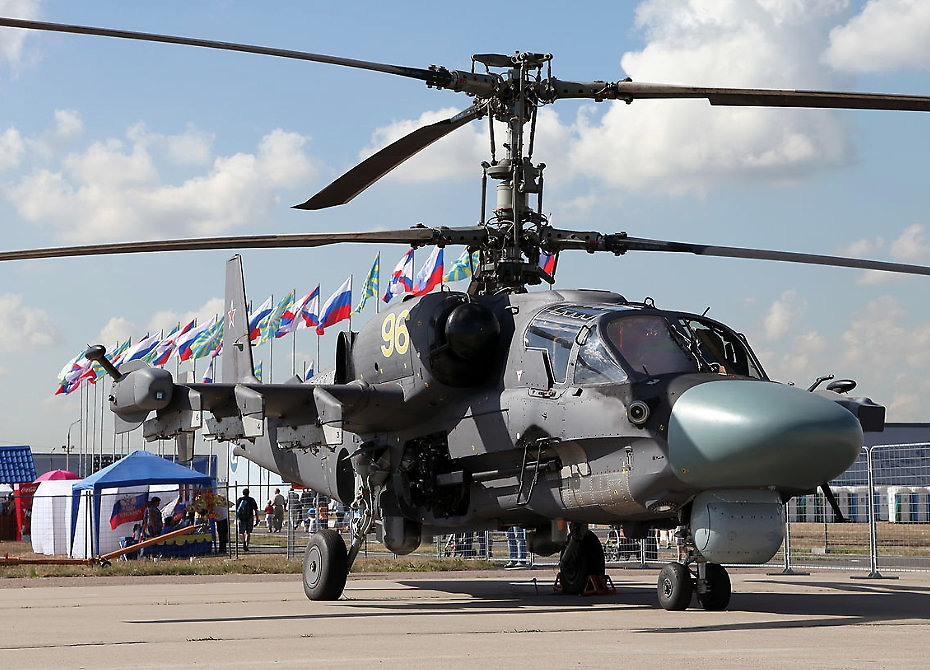 20 “Alligators” are going to Kuban

Around 20 Ka-52 “Alligator” multipurpose combat helicopters will reinforce the Korenovsk airbase in Kuban.

South military district staff officials say that the copters are to arrive in 2016. Before starting to operate the Ka-52, SMD airbase pilots are going to undergo advanced training in Torzhok, Interfax reports.

The Ka-52 attack helicopter was put in mass production in 2008. The craft is a developed Ka-50 “Chernaya akula” (“Black shark”) striking helicopter. The main advantage of the “Alligator” is modern sonar system capable of detecting mobile land targets. Above all, the Ka-52 is equipped with powerful armor-piercing weapons and can destroy slow-speed aircraft.

By 2020 Russian army is expected to receive the total of 140 helicopters of this type.