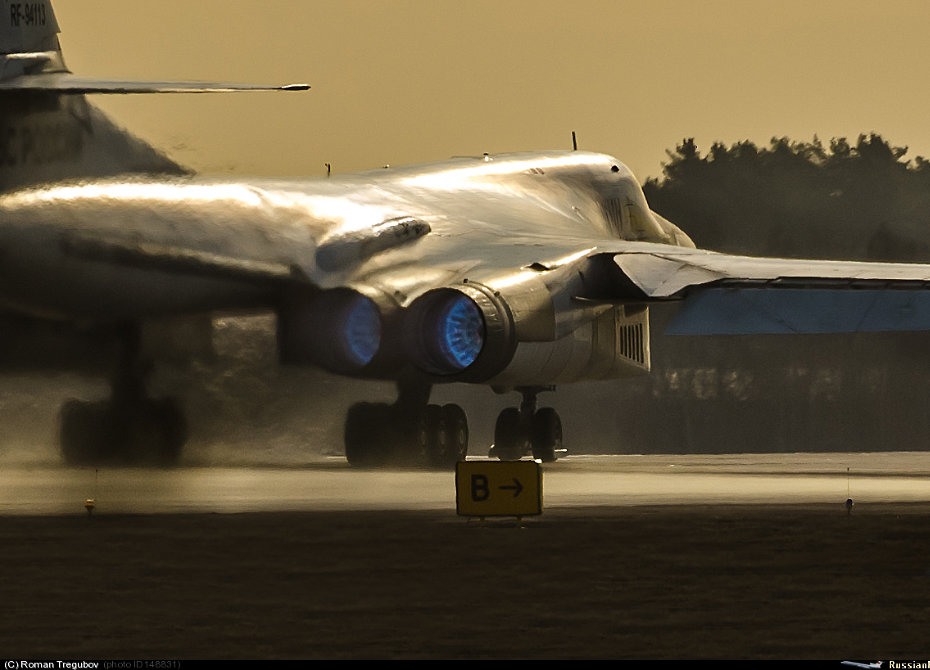 The strategic nuclear forces of Russia consist of a triad: mobile ground-based and silo-based missile complexes, underwater fleet and long-range bombers. Now, the strategic Russian aviation is represented by the Soviet Tu-95MS and the upgraded Tu-160. Exclusively for the “Defending Russia” Alexander Ermakov will explain the way they upgrade missile carrying aircraft and find out when they will develop the PAK DA strategic aviation complex.

The mass media, referring to often-contradictory declarations of the Russian senior military officials, have recently started reporting the renewal of manufacturing the Tu-160 missile bombers, nicknamed the “White swans”. Mass media reported it for the first time after the Defense Minister Sergey Shoygu and the Air Force commander in chief Victor Bondarev declarations in April and May. However, their words received divergent interpretation. The situation is getting clear just now.

Yuri Borisov – the Deputy minister of defense in charge of military-technical supplies to the Armed Forces when at JSC “Kuznetsov” in Samara made a detailed announcement. The renewed serial aircraft of the new construction will get the Tu-160M2 index. Those that passed through the depot overhaul with upgrading will get the Tu-160M index.

The Tu-160M2 will be equipped with the upgraded NK-32 engines. Thanks to low fuel consumption, the flying range will increase by at least one thousand kilometers. The upgraded engines will be put in serial production in 2017. The work oyster will be 20-22 engines a year. It is evident that earlier produced craft under depot overhaul will also be equipped with new-type engines. The aircraft will get the new BREO complex and will support the modern precision weapon. As a minimum, the aircraft weapon will be partly unified with PAK DA by the mentioned characteristics. The estimated operating life is 40 years i.e. up to 2060-ies.

The Deputy minister left out the number of the Tu-160M2s to be produced, though, Victor Bondarev assumed that it could be cost-productive so long as they manufacture at least 50 missile carriers.

To be more realistic about periods of testing and follow-up revision of such a complex project, we should not expect it to enter service earlier than by the end of next decade.

In the conditions, manufacturing a “transitional” aircraft seems like the best decision, which allows the national strategic aviation to avoid shortage. The situation reminds the one in the tactical aviation. The Su-35S (4++ generation craft) is the transitional phase to PAK FA (Advanced frontline aviation complex - the first Russian aircraft of the 5th generation).

There’s no reason to think the Tu-160, equipped with the brand-new armament and the BREO, will lose its relevance in the next few decades to come.

In addition, the “moral aging” concept has small meaning in the strategic aviation. As for the Russian Air Force, they already possess the experience of operating the aircraft that passed through “restyling”.

The similar situation was around the Tu-95MS. It was being developed at the turn of 80ies as a heavy modification of the aircraft of the 50ies and was in serial production in 1981-1992. Both development and serial production were carried in parallel with the then-advanced Tu-160. The US Air Force operated (and will keep on) the B-52N of which the last was produced in as far as 1962.

The unification of the Tu-160M2 with PAK DA by armament and equipment will help simplify the development and master it. Besides, regarding the declarations, PAK DA will be a subsonic aircraft and the Tu-160 high speed might be effective.

We may be sure to some extent that aviation fleet seems to become mixed which is a time-proved approach of the USSR, Russia and the USA.

Most evidently within the lifetime of our generation one of the main components will be the Tu-160 “White swans”.