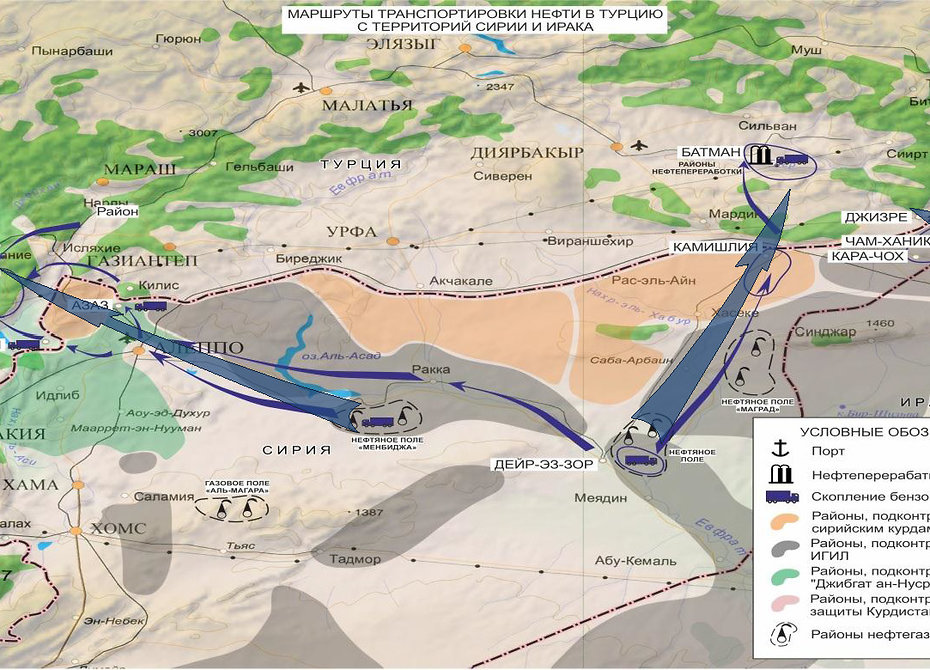 Deputy defense minister Anatoly Antonov says that Turkey is the main buyer of oil from ISIS.

What’s more, high-ranking politicians are involved in the business, including the country’s president Recep Tayyip Erdoğan and his family.

“There is a single team consisting of bandits and Turkish elite who steal oil from their neighbors. This oil comes to Turkey in large amounts, on an industrial scale through living oil pipes of thousands of petrol tanks” – he noted. 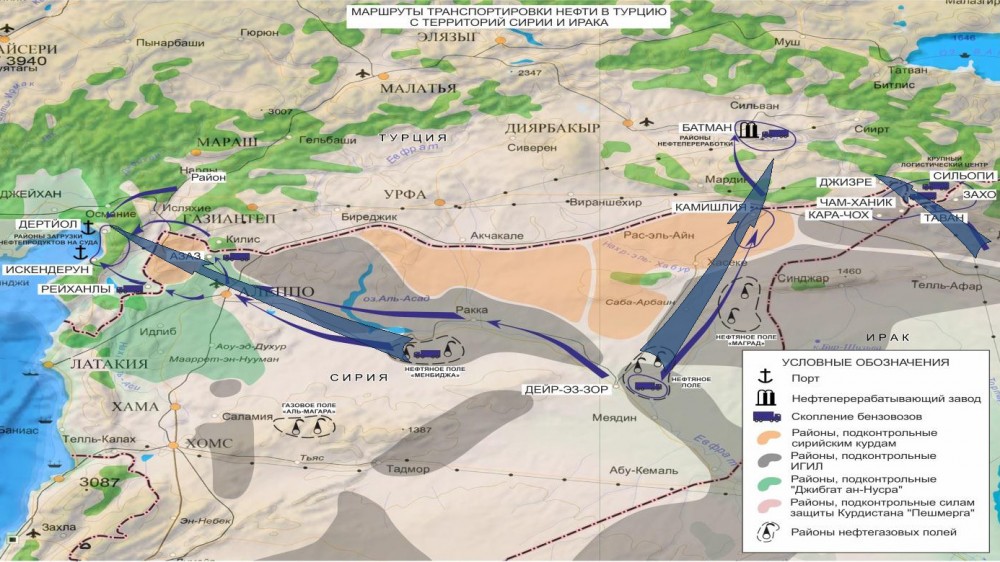 “No Turkish leaders will resign, especially Mr.Erdogan and they will admit nothing even if their faces are smeared with stolen oil” – Antonov said.

Yet, he stressed: “Erdogan’s retirement is not our goal. It’s up to Turkish people. Our aim is to cut financial flows off the terrorist groups».

Earlier during the briefing General staff representatives said that in the period of 2 previous months of aerial operation in Syria Russian aviation had launched airstrikes at 32 plants, 11 refining complexes and over 1 thousand petrol tankers carrying oil from ISIS.

The military announced other numbers as well: up to 2 thousands of militants, over 120 tons of munition and around 250 vehicles have been transferred from Turkey to ISIS and Jabhat al Nusra.

In general, terrorists profit around $2 billion a year from oil deals.

We remind that on November 24 Russian frontline bomber Su-24 crushed in Syria, at the Turkish border. The plane was shot with the “air-to-air” missile launched from the Turkish F-16 craft at a height of 6 thousand kilometers within 1 km range from the border. One of the pilots got wounded and later killed by the militants. The other pilot was rescued.

Russia has been conducting aerial operation since September 30. Syrian president Bashar Assad had asked Moscow for help in fighting terrorists, including those of ISIS and Jabhat al Nusra.