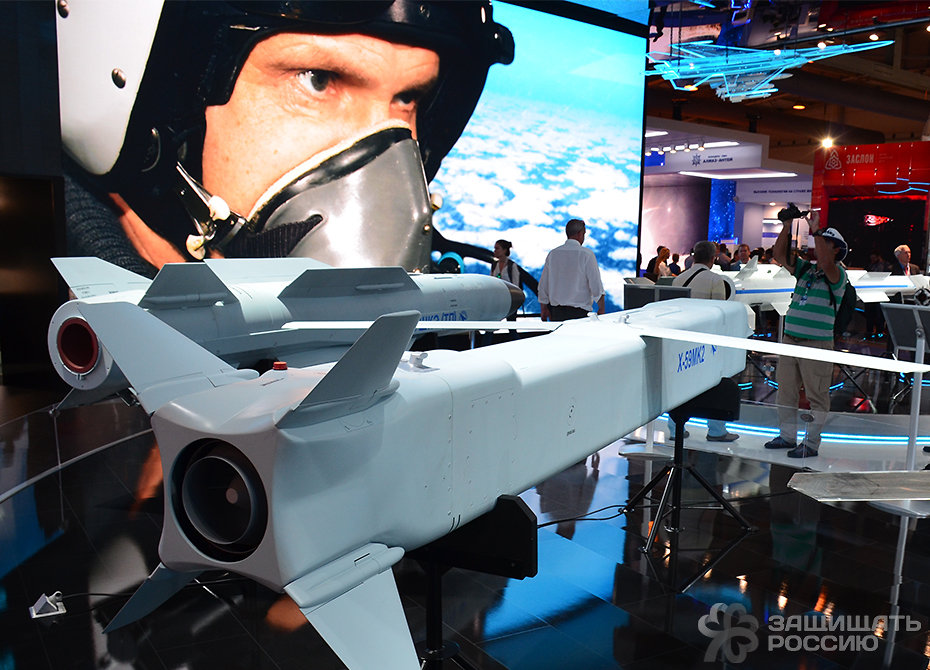 “Grom” and lightning on the MAKS’ field

Alexander Ermakov has found for the “Defending Russia” two main entries of the MAKS-2015. There are two quite literary bright premieres on the OJSC “KTRV” exhibition stand besides those displayed earlier. They are the H-59MK2 tactical cruise missile and the “Grom” family air-launched weapons.

The H-59MK2 is a heavily upgraded version of the H-59 family missiles. It seems to be the first Russian representative of the popularity gaining long-range cruise missiles designed for tactical aviation.

The low-observable missile is capable of conducting flights at ultra-low height (up to 50 meters) in the terrain following mode.

The low-profile gas-turbine engine provides for at least 300 km of range capability in the export version (international restrictions for missile technologies export are 300 km) at a speed of up to 0.9 Mach number. The guidance is a combination of inertial and satellite correction providing precision of 3-5 m. The warhead is modular – either penetrating or cluster, up to 310 kg of weight. The total weight of missile is about 770 kg. The missile is designed for launching from tactical aircraft (Su-30, Su-34, Su-35, MiG-29K and so on; with the AKU-58 aviation ejector rack) including the PAK FA advanced fifth generation fighter-plane (launching from the inner weapons bays, the UVKU-50 ejector rack). This is ensured by small size (total length - 4.2 m; height and width when folded – just 40 cm; wing length in extended position – 2.45 m). 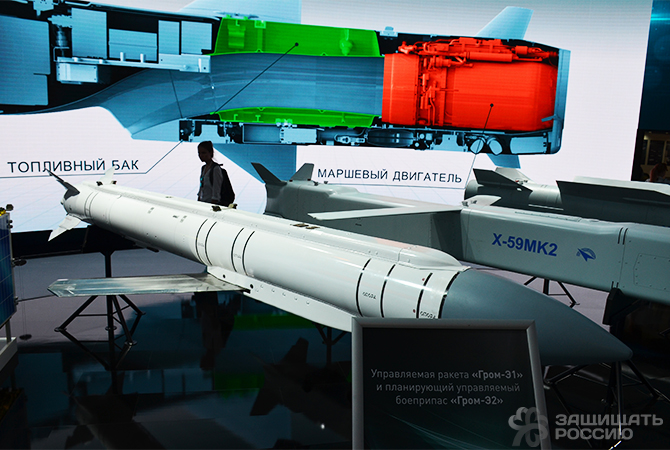 The “Grom” family air launched weapons are developed on the base of the H-38 missiles and include the “Grom-E1” guided missile and the “Grom-E2” guided munition (in fact, it is a hollow charge bomb). The “E” index might traditionally stand for “Export”

“Grom” differs from its missile ancestor with more powerful warhead.

The warhead weight of the “Grom-E1”, powered by a small rearward-firing jet, is 250 kg. The “Grom-E2” rocket engine is replaced with extra warhead weighing 130 kg. It is quite a lot for the total mass of 500 kg. The guidance system is also inertial, corrected by the satellite. Small size means focusing on tactical aviation. Thanks to better aerodynamics, the “Grom’s” range is expected to be higher than of those foreign-made families, whose aerodynamics is based upon bombs.

The finalization of the brand-new air-launched weapons is expected in a few next years to come.