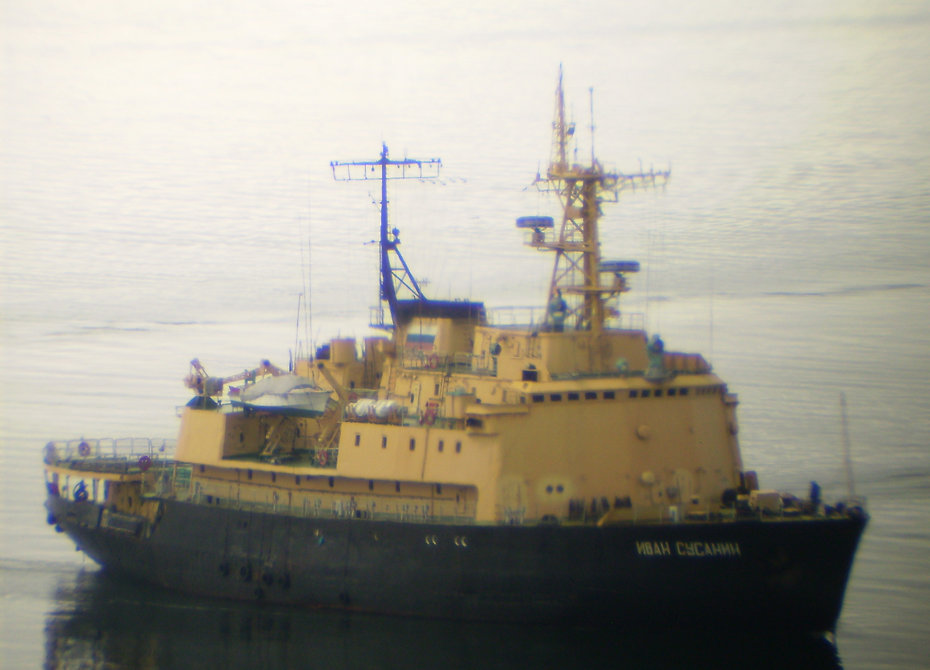 'Ivan Susanin' icebreaker to clear water for ships and submarines

Support-fleet vessels have started breaking ice in the ships and submarines’ basing points.

‘Ivan Susanin’ icebreaker as well as RB-406 and RB-407 new generation harbor tugs are fulfilling this task in the Avacha and Krasheninnikov Bays.

New tugs have improved characteristics and can break ice of up to 50 cm depth, close to the board.

Pacific fleet support vessels are to make over 100 sails before end of winter.

‘Ivan Susanin’ is a coast guard ice-breaking motor boat of the Project 97P. It was named after the legendary hero of the Dark days. The vessel was laid down at Admiralty shipyards in Saint Petersburg on July 31, 1971; launched on February 28, 1973; entered service with the Navy on December 31, 1973. The vessel is in service with the Caspian flotilla now.