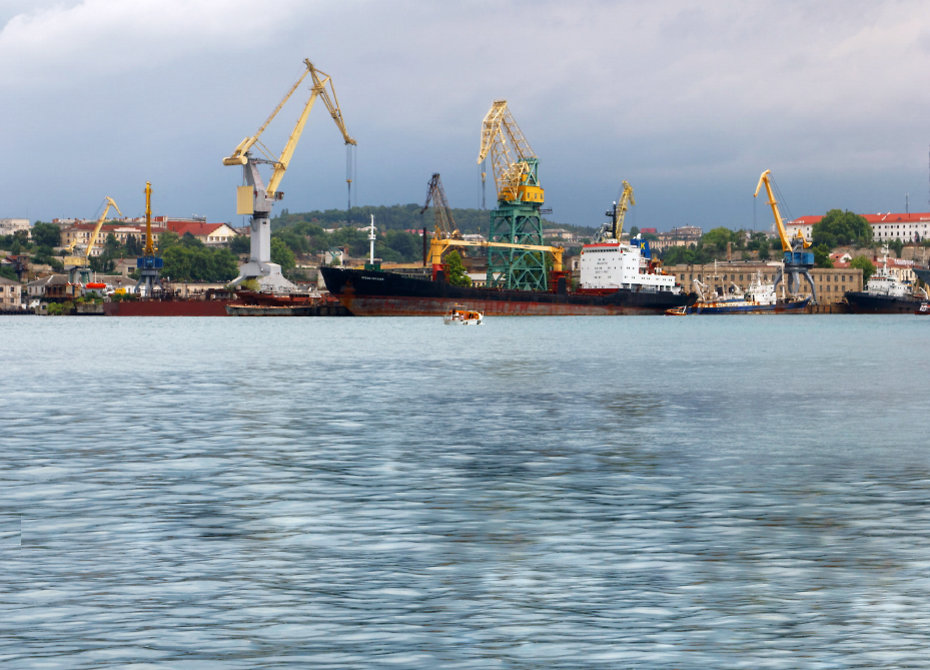 The way they are saving the Sevastopol Marine Plant

We talked to Igor Drey, the Sevastopol branch director of the “Zvyozdochka” Ship Repair Centre, about current state of affairs and what was going on before Crimea joined Russia.

“Sevmorzavod” is now a branch of the “Zvyozdochka” Severodvinsk Ship Repair Centre. Why a branch but not your own course?

On 28 February 2015 the Sergo Ordzhonikidze Sevastopol Marine Plant was nationalized. The “Sevmorzavod” state unitary enterprise was founded at its premises. On 30 march 2015 the Sevastopol City Government and United Shipbuilding Corporation signed a memorandum on cooperation in order to revive the enterprise. Within a very short period, they signed a treaty between the “Sevmorzavod” SUE and the Sevastopol-based branch of “Zvyozdochka “Ship Repair Centre” JSC. The decision was due to the fact that “Zvyozdochka” is the leading ship repair enterprise, possessing wide experience in operating ship repair branches all over Russia.

The present-day political situation makes it important that up to 90-95 % of details and assemblies are manufactured by the enterprise.

It's about near-term import substitution. That is why the cooperation is not just good but is of strategic importance for the “Sevmorzavod” at this stage. 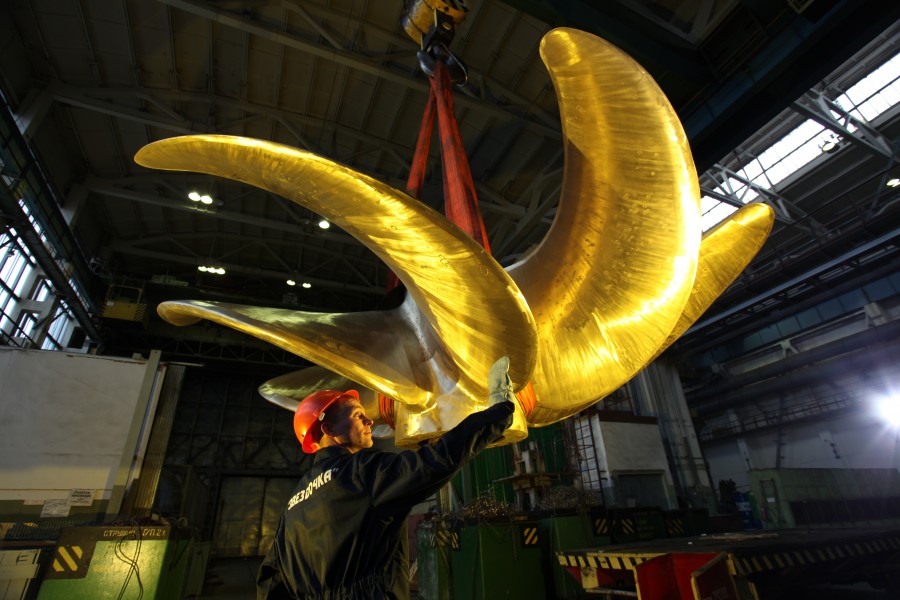 In addition, we specialize in the area, as the plant is rather ship repairing than shipbuilding. Pontoon crane building has always been the main activity area of “Sevmorzavod”. First cranes of 50 tons’ lifting capacity were built in the 50ies. Later on, cranes of 100 and 300 tons’ capacity came into action. They were the “Bogatyr” and “Chernomoretz” pontoon cranes. The “Vityaz” pontoon crane of 1600 tons’ capacity is one of the purposely built. 400 and 500 tons capacity cranes were in serial production.

If combined with capacities and facilities of the “Zvyozdochka” it makes some kind of a shipbuilding cluster, doesn’t it?

It does but it’s not what we aim at. From the legislative and technical point of view the plant had been working in quite another country and legislative environment. It’s Russian territory now. In order to get integrated within the shortest period possible “Sevmorzavod” needs a non-conventional “intensive care”. 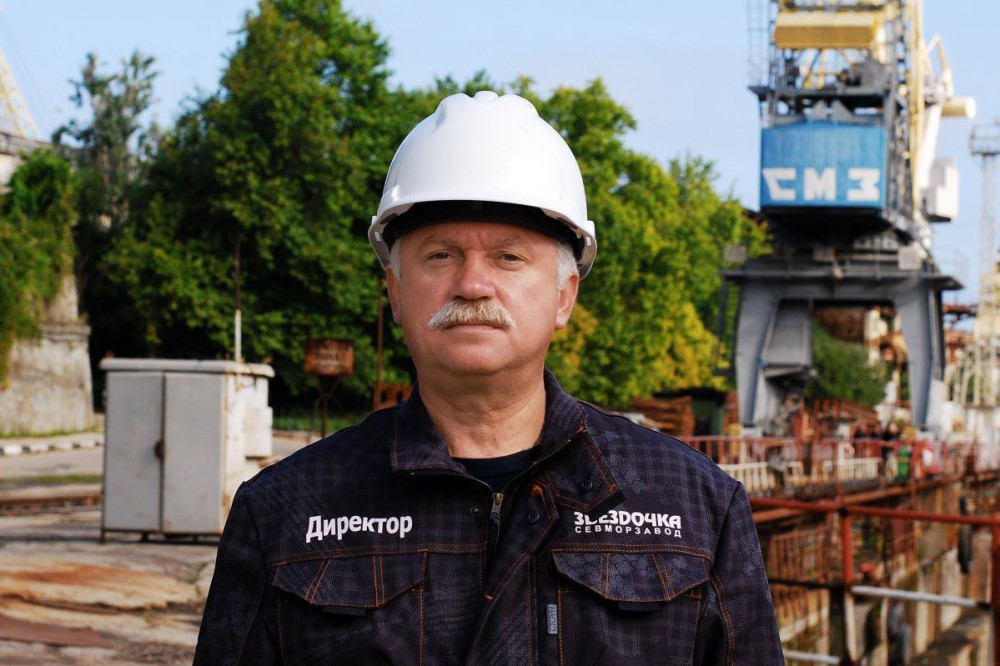 The evolutionary development path is a deadlock for “Sevmorzavod”. To be honest, the city has no essential financial and intellectual resources. Therefore, we need an efficient investor. It’s not just about the financing. First of all, there is need for overall upgrading concept, proven organizational processes, advanced technologies and strong links with other enterprises.

The “Zvyozdochka” branch had to bring the things at the “Sevmorzavod” in line with Russian law and technical standards. As a result, the enterprise set to work in no time within Russian legislative environment.

What was the point of nationalization? Couldn’t a private owner provide the requested level of performance? Could you compare the state of things before March 2014 to the one after you became a branch?

Earlier the plant was close to cutting down production. We closed metallurgical and machinery production as well as consumer goods production and shipbuilding. To crown it all, foreign shipowners quitted the plant.

The proprietors might have had a different vision of the territory’s and the plant’s future.

We don’t have information on the point but the facts show the enterprise was at the stagnation level.

Speaking of March 2014 and the time after, regarding the condition both the plant and the industry were in, I would say that the state remained surprisingly forbearing towards the proprietors. They provided people with time to consider of who to join. Either you stay in the Crimea and join the Russian legal environment, becoming residents, or you leave. What’s more, the process had not been over by 31 December, the State Duma extended the period up to 1 March 2015.

All enterprises made their choice. Speaking of “Sevmorzavod”, its proprietor didn’t prove himself. People were abandoned as well as the plant itself (i.e. the territory of 100 hectares and 400 employees). They took no decisions and we could not make any investments. That made pre-conditions for social upheaval.

The United Shipbuilding Corporation started taking interest in the Crimean enterprises linked in one way or another with shipbuilding but did not interfere neither with their life nor with manufacturing process.

Though, as I’ve mentioned, one could not find any signs of these at the plants. Due to this, early in summer of 2014 Dmitri Rogozin ordered to reserve for each OSK enterprise a Crimean establishment of the same activity area, thus they put a start to integration.

How is it going along?

There is a working group in the OSK that supervises Crimea and Sevastopol. It is in charge of overall integration of the Crimean enterprises as well as of social work. Kalistratov Nikolai Yakovlevitch, the Director general of “Zvyozdochka” has been of great help to us. The OSK does not insist on transferring experts from Sevastopol to Severodvinsk to have them trained at the Zvyozdochka. We have got another option. We transfer experts and skilled workers from Severodvinsk to Sevastopol to handle jobs within the contracted projects, in line with standards specifications and terms of contract. Engineers and workers should gain real-life experience. 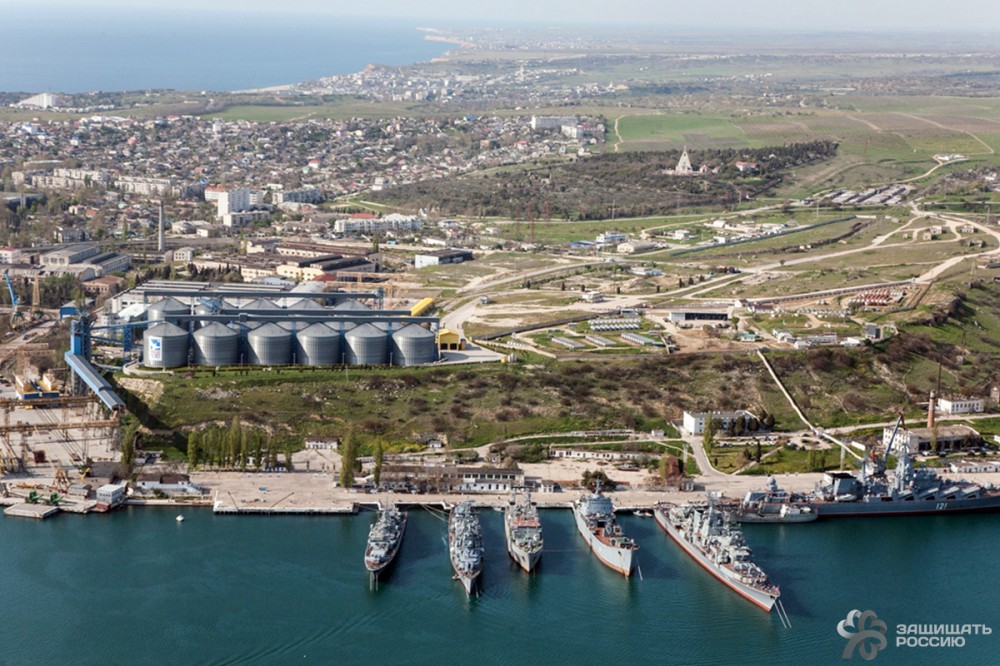 What was going on before Crimea joined Russia? What was the state of the manufacture?

If you take a look at the well-dock, you’ll see that dock gates are in critical condition. One out of two main pumps is out of order; the filter pump is in state of despair. Portal cranes are operated with over-extreme limits. Even canteens and snack bars were closed. The plant was impossible to be operated in that condition. “Sevmorzavod” was in critical condition. We, the corporate team, have been struggling for three months now to get the workshops restored and to relaunch the unique machines remaining here up to date. Meantime, best exports from the “Zvyozdochka” are restoring them.

What do you intend to do to in the nearest future to upgrade the plant?

Dry docks are empty now for we are about to finish the bidding procedures of certifying the engineering structures. We are to inspect the building berths and sea bottom of the plant’s water zone as well as crane equipment. We are now implementing the quality control system, which is applied in Russia.

We are also receiving licenses for a great number of activities: handling secret information on arms and military equipment, on requirements of Russian Maritime Register of Shipping.

We seem to be through with the work in the nearest future. So, that means we are going to have all the required licenses and the quality control system. We will get the plant prepared for production activities.

What are the prospects for utilization rate? Do you have any orders?

Owing all licenses and certified quality control system, the plant automatically gets the right to bid for the state defense order. Next, we are to know and to follow the terms of the tender. The State defense order is a real and huge part of the plant’s workload.

Next source of the workload is civil ships repairing. Free-market economy always gives a chance that is not to be missed. This, of course, requires appropriate manufacturing level as well as skilled personnel and pricing policy.

The plant has had and I’m sure will have good chances in shipbuilding.

Good reputation in the past and century-aged tradition lets me claim that some sort of upgrading of the ship building assets will provide for good make capacity utilization.

Discussion of the “Sevmorzavod” development concept”, developed by leading research institutes of the area, is in full swing. At the same time, the financing of the concept is being discussed.

Leaving out ships’ cost breakout, this lets forecast the plant’s future workload. It goes without saying that nothing happens in itself. Consistent work is always needed. 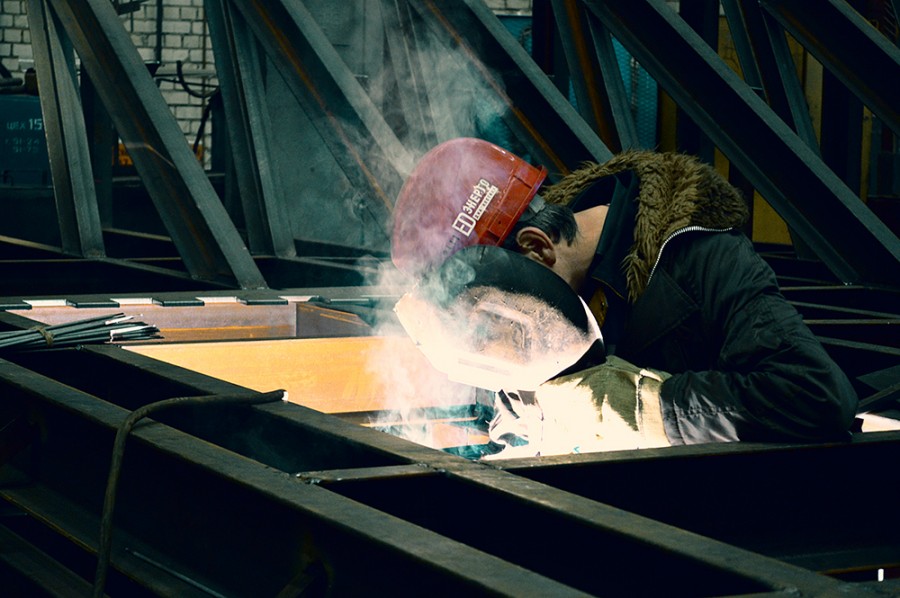 We are now uploading the plant’s capacity. Those people, who left for the North, to the Far East as well as to other countries, are sure to return. The average salary at the plant is 27 thousand rubles. The money they earn in other places can be easily earned here but in far more comfortable conditions. Though the situation with personnel is a serious one. Thanks to the OSK we have come to agreement with large Crimean HEEs. The agreement was signed between the Sevastopol State University principal and the president of the OSK. On 1 September they launched the basic department.

But we are worried more about the trade workers.

Say, there is the VPU №3 basic plant college. There is also another talent pipeline – trading and production facility. It is ready for operation. We can train anglesmiths and machine operators right in the place.

There are a lot of young people from other towns working both at “Sevmash” and at “Zvyozdochka”. They are provided with rooms in dormitories and allowances. Do you plan to do something of the kind here?

That is a pricky problem. During the Ukrainian period, the plant lost everything. It lost dormitory, policlinics, sports complex, recreation centre as well as a unique pioneer camp presented by Stalin.

We addressed the city authorities and non-governmental organizations of positive attitude towards the plant to help us restore the dormitory for young people to live in.

At this stage, there are tasks that local experts are unable to fulfill for reasons beyond control. That is not just because they are bad or something but because experts with required experience are present just at “Zvyozdochka”.

They possess the technology, operate certain projects and will be able not just to  accomplish the task but to train local specialists who are going to deal with these things in the future. That’s why we can’t manage without the dormitory.