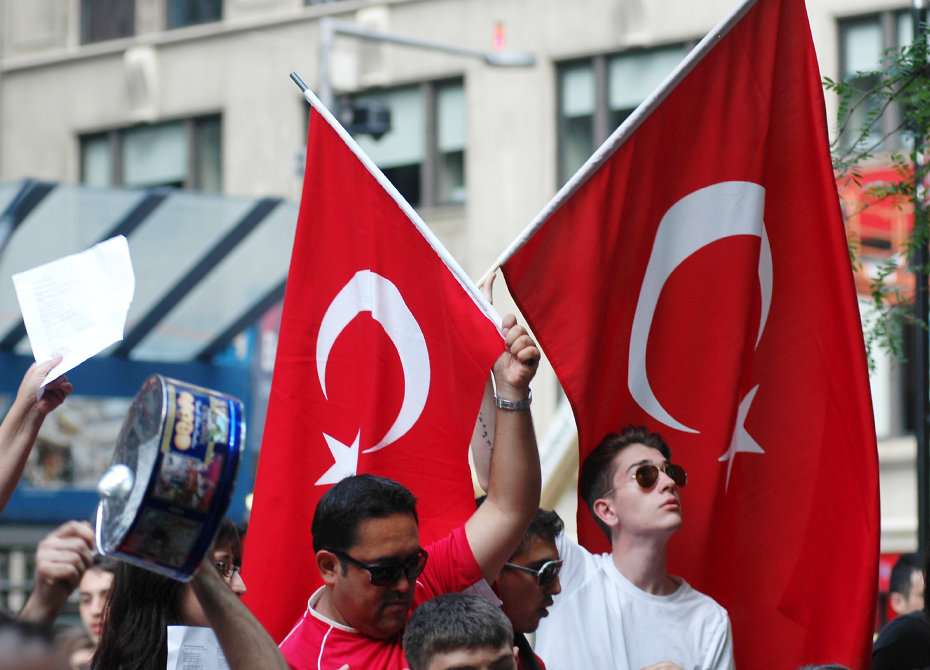 Will unemployed Turkish youths go to Europe because of Erdogan’s plans?

The economic situation in Turkey is slowly getting worse, thus influencing the growth of unemployment, particularly among young citizens.

Turkish opposition poses questions on the price the government must pay for reckless schemes of inflaming war in Syria. The Republican People’s Party of Turkey (the CHP) disseminated a statement saying that since 2011 through 2014 Turkey had lost $ 11 billion’s worth of export to Syria. It took another $ 6.5 billion to manage the flow of refugees that rushed from Syria into Turkey. It does not make the economic situation any better.

However, exacerbation of relations with Russia, due to hitting the Russian bomber by Turkish aircraft fighters, has become the biggest impact on Turkish economy. Turkish resorts would accept 4.5-5 million Russian tourists a year who used to spend $ 13-14 billion in the country. The CHP notes that this used to let 3-4 million Turkish citizens earn their living.

The result of such reckless policy was quick to affect the Turkish economy. The GDP per-capita has declined from $ 10.4 thousand to 7.7 thousand, while weakening of Turkish Lira has led to aggravation of situation in corporate sector, which has collected $ 85 billion’s worth of external debts.

This raises a political problem. Turkish social networks are full of negative comments written by youths who are losing their jobs, respectively their income. The news saying that Turkey took the 8th position in the 2016 Bloomberg rating on unemployment and inflation was widely spread. “The inflation forecast is increased, though someone said there was stable” an author writes.

The world in general is an insecure place thus everyone seeks where he is best off. History shows that Germany or some other country of Western Europe has been the best place for a young Turk to live for 25-30 years now. The EU economy is also far from good though social policy of European governments towards migrants is soft and rewarding. Concerning migrants, it is very profitable as well.

What is going to become of Europe when all these people, who have lost their income, will get on the beaten track? The worst thing to come is Syrian war redeployment to central squares of European capitals. Arabs and Kurds, who ran away from war, on one side, while their opponents – Turks, on the other.

What is clear is the strategy of Turkish authorities. Strange as it may seem, but Erdogan gets double dividend upon disruption of national economy. He sends angry youths to Europe thus strengthening his political position. His electors are mainly country people who will not go anywhere to stage protests. However, do those, who are impudent, want it to be as in Europe? No problem. Feel free to go there. Thus, you will reduce unemployment level as well.

Erdogan’s second advantage gives him away as a good strategist. Things that Turkish youths do in Europe might be called one day the second Ottoman Invasion. In addition, it may be a successful one.

The first invasion of the kind was stopped at the Danube banks some 400-500 years ago with bloody wars. Erdogan knows the history well unlike those on the Northern side of the Danube. He would like to replay the history as well, while Europe is weakened by the economic crisis, relations with Russia as well as refugees inflow.