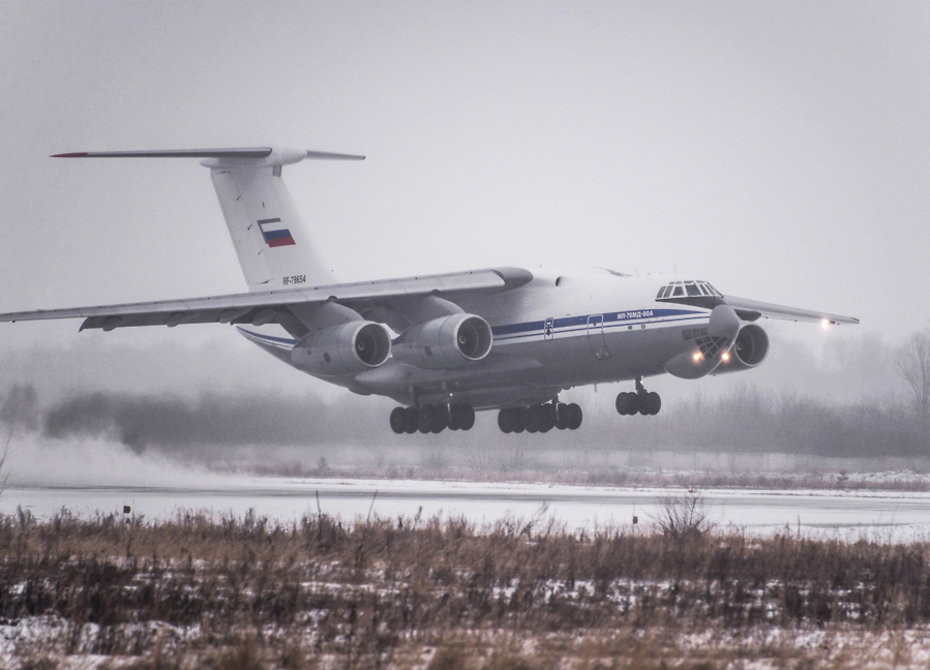 The third Il-76MD-90A rises into the sky

Aviastar-SP Ulyanovsk enterprise reports that another Il-76MD-90A transport aircraft for the military has made its first flight, thus starting a series of factory flight tests.

The plane rose to the sky from the “Ulyanovsk-Vostochny” airport. The flight lasted 1 h 35 min and was a success. The crew headed by test-pilot Oleg Ganovitch fulfilled the program.

During the flight they tested the craft’s general behavior in the air, engines operability, general aircraft systems and equipment, communication means, navigation system, landing in automatic and semiautomatic modes, controllability and stability characteristics.

Aviastar produces around 10 aircraft of the Il family including the advanced Il-78M-90A refueler. The plant intends to finish developing first refueler next year and send it to state tests.

The plant has passed on 2 aircraft of the type in 2015. This is the third craft to be sent to the customer after the flight tests are over.

The Il-76MD-90A is a highly upgraded version of the Il-76. The new aircraft is equipped and upgraded in the way to meet the present day requirements for aviation electronics.