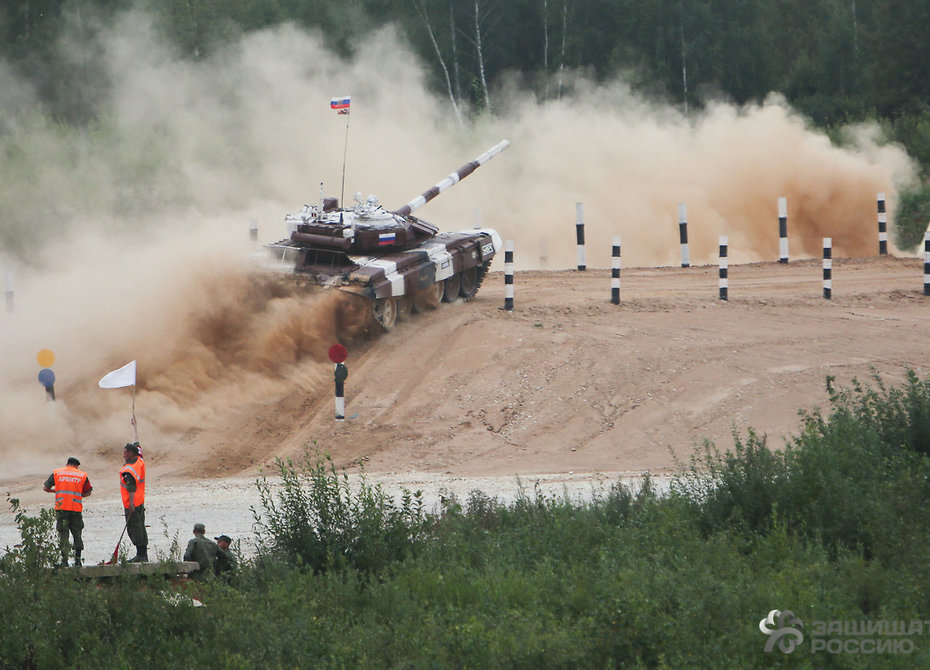 Bauman MSTU is developing a new 125 mm training shell for the military.

TASS reports that development is carried out as part of “Kraska” project. New type of shell for simulation of tank duel fighting might be used through the full circle of exercises, including target and practice shooting.

“The target hit does not get destructed, only marked. Another feature of the shell is that it can be applied during huge gatherings, for instance, during the Tank biathlon. Even in case of an accidental shot towards stands, there will be no damage” – Anatoli Aleksandrov, the university principal, said.

The development is expected to make the Tank biathlon even more spectacular.

Tank biathlon, like ski-race, is carried out in the form of relay and includes 3 trials of armored vehicles which must cover the routes of over 20 kilometers. Participants must overcome a few obstacles such as slalom (the S-turn), burial mount (sharp hill) and tracked bridge. Unlike the traditional biathlon, crews of the combat vehicles kill the targets which simulate tanks and low-flying helicopters within 900 to 2200 meters’ range.

The Voentorg company patented the Tank biathlon brand in March of 2015.