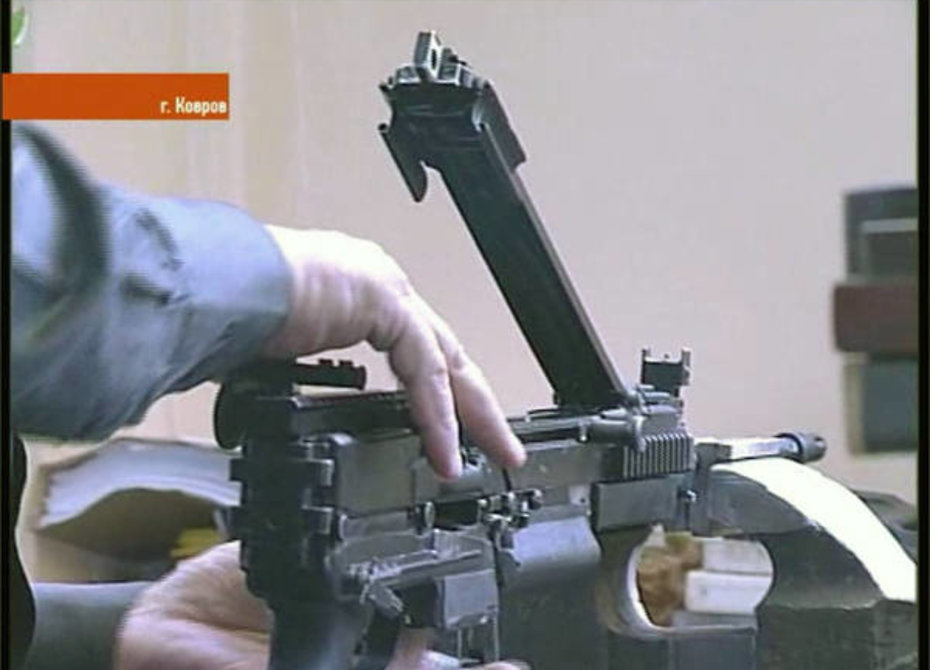 Russian Ministry of the interior has issued a tender for a new light machine gun designed for special operations in urban areas, Gazeta.ru reports.

Design assignment for special purpose police weapon was posted on the state procurements web-site. The 5.45 machine gun (AK-74 cartridge) is designed for “defeating manpower and destroying fire systems during special operations in urban and indoor areas as well as for high volume of fire support and enhancing fire power of the group” – the document says.

Trial model of the ‘Tokar-1’ machine gun. Photo by: militaryparitet.com

The customers’ requirements also include 2 interchangeable barrels (1 short, 1 long), a foldable stock and a bipod. However, the machine gun’s length with folded stock and with no flame suppressor is not to exceed 900 mm with long barrel and 750 mm with a short one.

The machine gun is to have combined feeding, equal to those of the US 5.56 mm M249 (FN Minimi) and the Israeli 7.62 mm IWI Negev NG7. It must be provided with cartridge belts or magazines of the AK-74 and the RPK-74. The future police machine gun will conduct fire within 800 meters range with 800-900 shots a minute rate of fire.

The overall cost of the development will make 25,56 mil rubbles (around $ 393 thous at the current rate). The recently established National guard comprising Interior Forces units, OMON and SOBR special squads and others, is likely to receive this machine gun too.

Gazeta.ru reports that similar tender was earlier issued by the Ministry of the Interior’s scientific and production enterprise.

The Vpk.name reports that ‘Tokar’ 5.45 light machine gun has been developed since 2011 by the Degtyarev plant. The development type was introduced in 2013 to the Defense Ministry representatives. It was also reported that the ‘assault’ machine gun was considered to become the ‘Ratnik’ system service weapon.

The machine gun characteristics found on the web are similar to those of the tender: empty weight – 6.5 kg, length with folded stock long barrel – 900 mm, with short barrel – 700 mm, the machine gun has a length adjustable stock and Picatinny rails to mount optical and night sights. The machine gun has variable fire rate of 550-650 and 900-1000 shots per minute, interchangeable barrels and life cycle of 15000 shots. Distance adjusted (100-800 meters) open type side can be mounted on the machine gun as well.