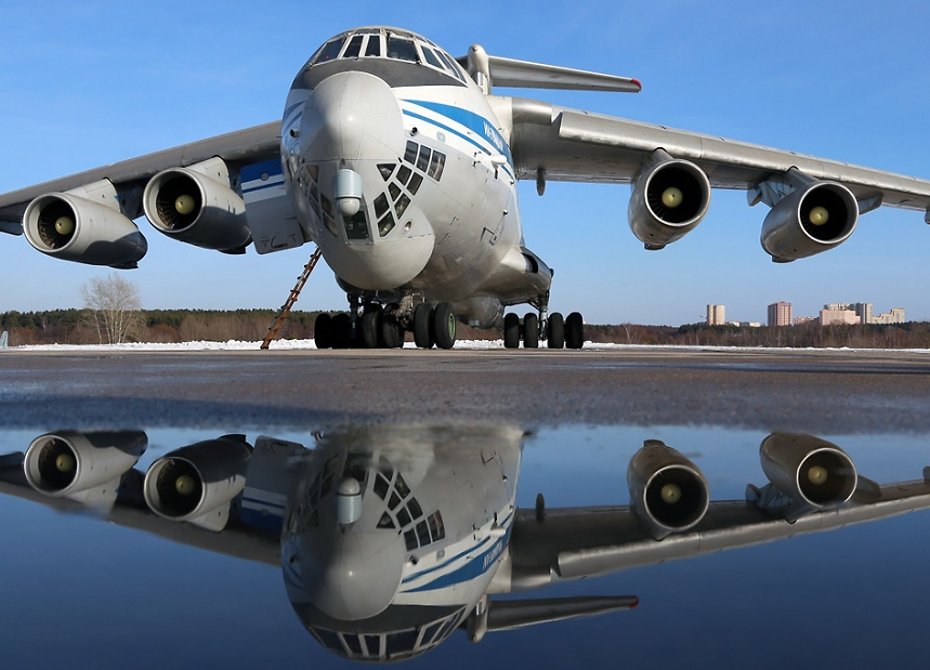 Website of the Ilyushin Aviation Complex reports that the crew led by Nikolai Kuimov flew the Il-76MD-M craft. The flight passed in routine mode. The aircraft got off from the LII Gromov airfield in Zhukovsky.

Upgraded design was developed at the S.V. Ilyushin aviation complex (part of the UAC) according to the request for proposals of the Russian Aerospace Forces in order to up-level the aviation park of the Il-76M and Il-76MD military-transport aircraft.
The message says that the Experimental Machine-Building Plant assisted in working out the design documentation. OJSC Ilyushin Aviation Complex performed upgrading works in Zhukovsky.

Upgrading covered flight control, radio communication, lighting and domestic equipment as well as defense means. Outdated equipment has been replaced for the modern one.

Specified lifetime has been prolonged from 30 to 40 years.