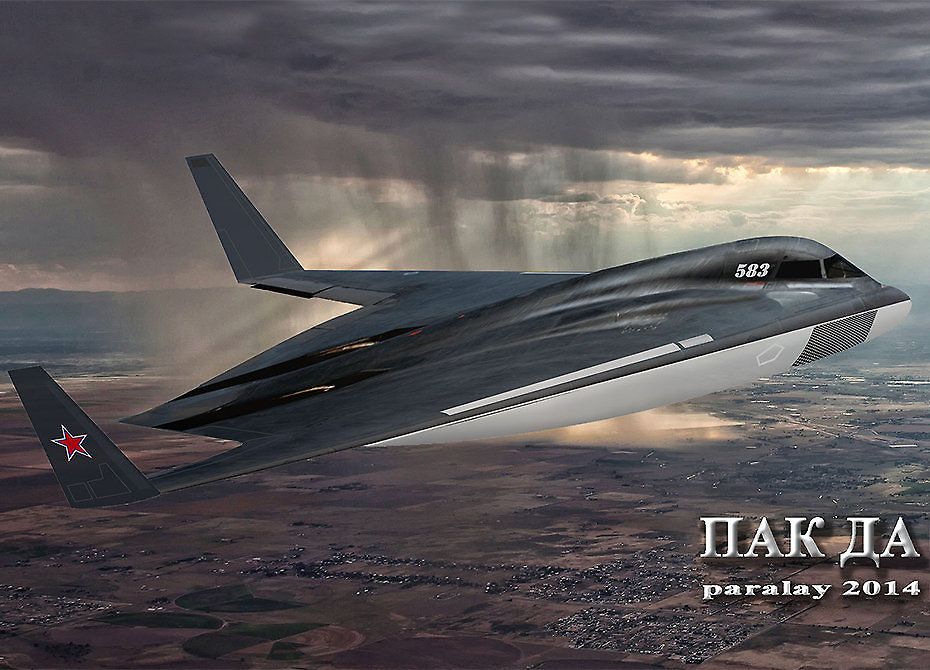 The first PAK DA might rise into the sky before 2021

The first trial model of the advanced long-range aviation complex might go into the sky before 2021.

Victor Bondarev, Commander in chief of the Russian Aerospace Forces, said: “Development works on the PAK DA are underway and we are satisfied with the pace. We are facing a task to raise a trial model into the sky in 2021. However, if all goes just the way it does now, it will be up even earlier”.

The last craft of the brand new T-50 (PAK-FA) fighter jet’s is also under development. They make plans to finish state tests this year to put it in series in 2017.

It earlier became known the time of delivery would be moved. It was due to putting the Tu-160M2 upgraded strategic bomber into series in 2023.

Development works for the brand new Russian bomber under the PAK DA program were launched in 2009. Designing of the craft was concluded last spring. The new aircraft will have to perform the tasks, which as many as 3 types of long-range craft are responsible for — Tu-160, Tu-95MS and Tu-22M.

In 2016 they plan to deliver the whole of 140 aircraft and helicopters, over 200 thousand air weapons, more than 70 radar units as well as 40 air defense systems and complexes and around 60 samples of space weapons.