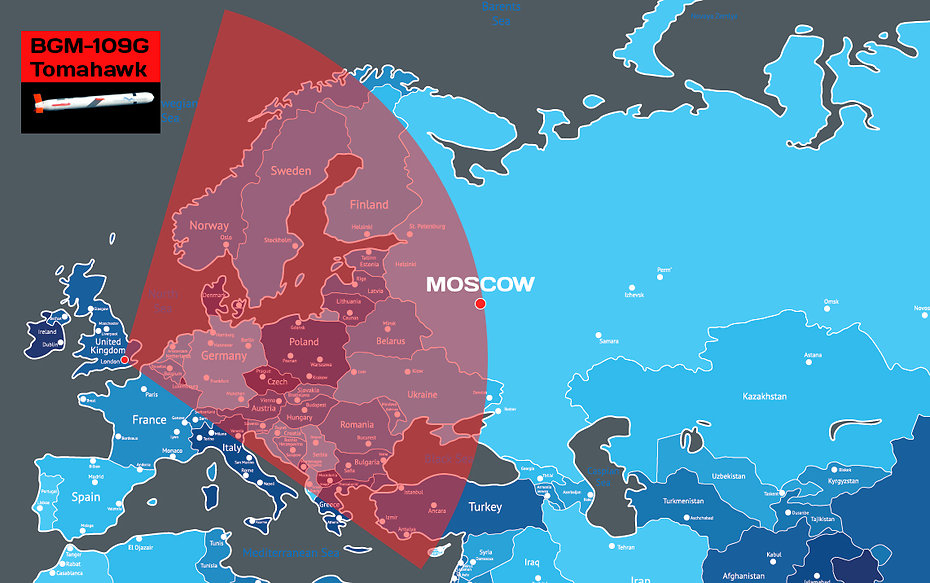 London-Moscow: will they launch the Pershing II?

Philip Hammond the British Secretary of State for Foreign and Commonwealth Affairs said that Great Britain might deploy on its territory the US mid-range missiles. However, he specified that West does not seek for needless provocations. The “Defending Russia” (the “DR”) will make out the heated discussions details around the “Cold War”.

Aleksey Fenenko, the International Security Department associate professor of the Moscow State University (MSU), and Victor Mizin, the lead researcher of the MGIMO University Post-Soviet Era Research Centre, especially for the «DR» listened to Mr. Hammond. It later turned out they had heard quite different things, which they reported to Daria Barinova.

Mr Philip Hammond, head of the British Foreign Office stated it was quite possible to deploy the mid-range missiles on the island. Does it look like diplomatic games to try out Russia’s reaction or declaration of a new political line?

Mizin: The sequel of foreign policy line, which is a factor of anti-Russian campaign enhancement in the European Union. It quite fits the line of the ruling British Conservative Party headed by David Cameron. After the Ukrainian events it became strictly anti-Russian.

That statement is in line with the Chatham House Royal Institute (it is regarded as the British political establishment speaker) report, which said that Russia’s aggression is rising and NATO countries must counter it with hard attitude.

Do any international regulatory acts limit the United States and Great Britain in deploying the «Pershings»?

Fenenko: Law does not limit Great Britain, which is our major constant problem in arms control talks.

Neither Britain nor France signed the INF treaty (Intermediate-Range Nuclear Forces Treaty). In theory, nothing can prevent them from restoring production of mid-range missiles and ground-launched cruise missiles along with the USA. France and Britain are currently running a joint project on developing the Storm Shadow air-launched cruise missiles. They can modify the project and launch the two-sided «USA-Great Britain» program. In case we get dissatisfied, the United States may always respond that there is no American but just a British program and they have nothing to do with it.

The similar situation took place in the early 1980ies during the European missiles crisis. We proposed then that the USA should decrease the number of their mid-range ballistic missiles to that of France and Britain. Americans said that it was Britain who ran the program and was the one to arrange with.

What is more, the British armory has been included into the US nuclear planning system (i.e. «Nassau Agreement»).

This is what happened in 2010 at the Strategic Arms Reduction Treaty (START) ratification. There were apprehensions the treaty would not be ratified due to the lack of notice of the British nuclear strength. No idea how we solved the problem but in winter of 2011 there were a few publication in American mass media saying the United States had passed information on the British nuclear potential to Russia. There was no official confirmation of it. Americans are likely to make use of the British potential in format unacceptable to us.

Mizin: There is a valid INF treaty, which puts limits on US' deploying the mid-range missiles in Europe. Sergey Lavrov, Head of the Ministry of Foreign Affairs, yesterday once again declared that Russia does not intend to break the INF treaty. Another thing is that military technologies never stand still. 25 years ago, when they drew up the treaty, the systems they apply now, did not exist. That is the reason why Russia and the United States have mutual concerns and charges. However, these differences can be resolved in the frame of Russian-American treaty-related consultations.

We cannot withdraw the arms control treaties now. They were proofread and accommodate the interests of Russia. I do not think anyone wants the «Pershings» to appear as their flying time from Europe to Moscow is 5 to 10 minutes.

What is more, this may be even not the «Pershings» but the new high accuracy and supersonic systems the USA can deploy in Britain as well as in Poland and Romania.

Will the strategic balance be disrupted if they deploy the missiles?

Fenenko: It will get disrupted completely. I’d like to remind that in 1983 Americans deployed the mid-range «Pershing II» missiles in Germany (FRG) which was 5 minutes' flying time from Moscow. Now they can deploy them in 3 minutes flying time, for instance, in the Baltic States or Poland.

Even if they deploy them in Great Britain, the situation of 1980-ies will be restored.

In that case we will have to reconstruct our system of nuclear deterrence.

Mizin: Russia has nothing to be aware of for its security is effectively ensured. Furthermore, there is an active arms modernization program.

What will Russia respond with?

Fenenko: First, we shall have to withdraw from the INF treaty. Second, we shall have to restore the missiles production of this class. Perhaps, we’ll have to get back to the RSD-10 «Pioner» missiles (SS-20 in NATO classification) production that frightened Western Europe so much. Third, we shall have to computerize the launch under attack system. It is now based on 30−40 minutes' flying time from the USA to Russia principle but our counterstrike depends on politically motivated decision.

Mizin: Russia has something to respond with. Both strategic nuclear potential and nonstrategic nuclear forces. As for today, Russia possesses the best armed forces on the Continent. The Armed forces will be provided with new equipment. The Defense ministry says that in a three years' time it will make up to 70% of the whole amount of equipment.

Can we regard the US step as a return to the «Cold War»? (Let it even lack the world separation into influence areas).

«The Cold War» has actually never ended. Americans have overplayed us.

That is for sure. Mid-range missiles is a very sensitive point for Europe. We should have threatened with withdrawing from the INF treaty in response to the sanctions. It turns out that it is we who must fear now. Americans forcing us to respond thus drive a wedge between Western Europe countries and us (first of all, France and Germany). This is what they have been aiming at.

Mizin: It cannot. Speaking of the «Cold War» is transferring mentality and discourse to the present situation, which is ultimately different. There are tensions between Moscow and NATO countries, disagreements on the ways to resolve international problems, ideological differences among governing classes but it is incorrect to speak of the new «Cold War».

It is strong simplification, the road to nowhere and counterproductive political line.