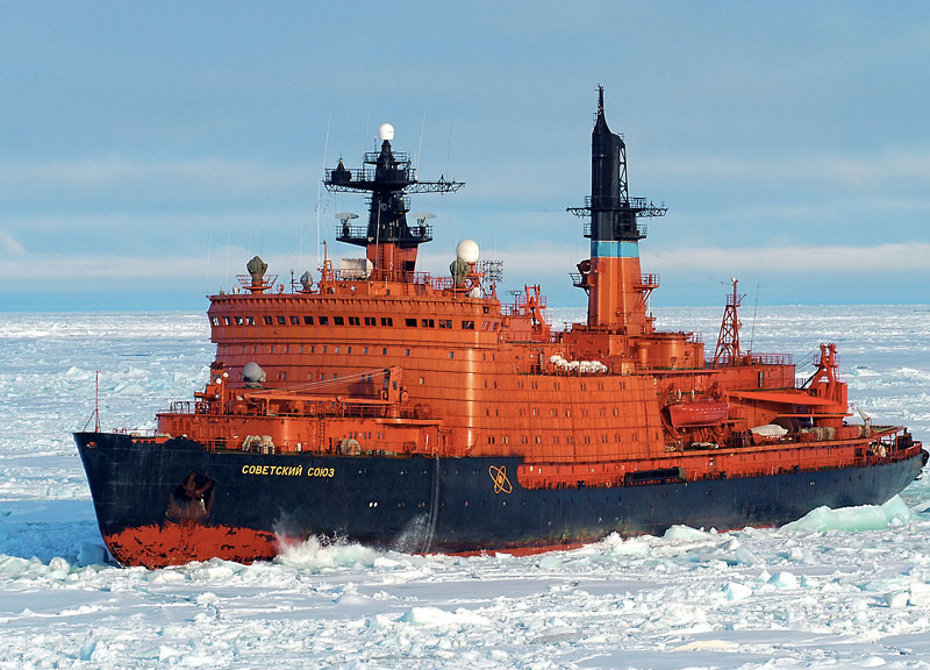 ‘Sovietskiy Soyuz’ icebreaker might be remade into a drifting Arctic headquarters

Ria Novosti reports as citing Stanislav Golovinskiy, deputy director general of the ‘Roskomflot’: “We approached the defense minister. Both Sergei Kirienko, director general of the state corporation, and Boris Grizlov, head of the supervisory council suggested to consider establishing a mobile command post in the Arctic aboard the ‘Sovietskiy Soyuz’ nuclear icebreaker.

Right now recovery works are almost through in Murmansk. The ship must get back to service in 2016. Thus, after restoration it may remain in operation for another 20 years. The icebreaker was withdrawn from service in 2006.

‘Sovietskiy Soyuz’ is a Russian nuclear icebreaker of the ‘Arktica’ class. It was built in Saint Petersburg at the Baltic Shipyard; launched on October 31, 1986; entered service in 1989. It is operated and is part of Murmansk Shipping Company. In 1991, 1992, 1997 and 1998 ‘Sovietskiy Soyuz’ was used for the purposes of Arctic tourism.