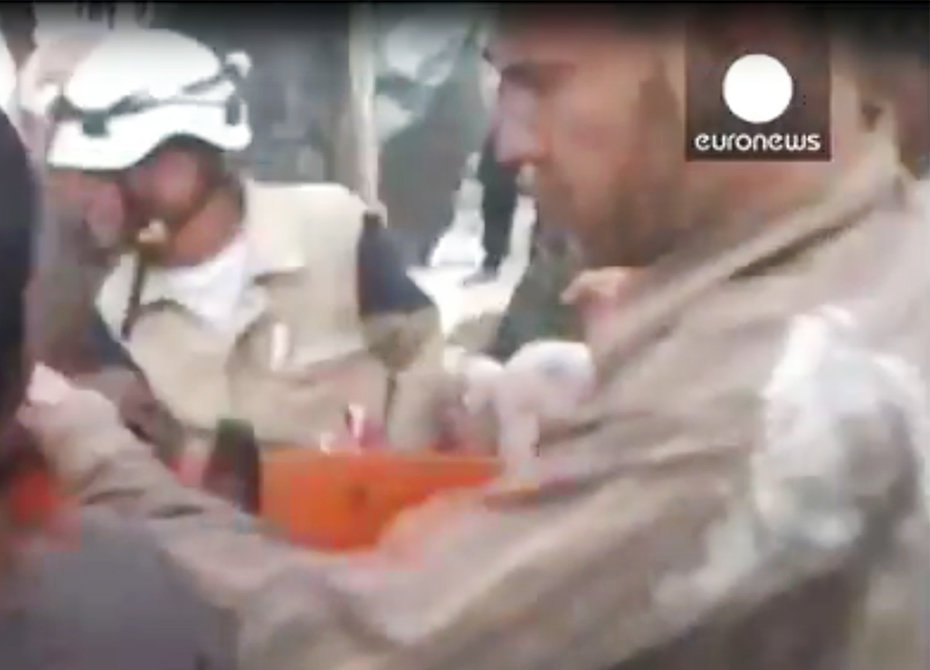 One of the fakes was revealed by the blogger ak_12. He found out that in a video clip on Russian helicopters attack pictures from the original Youtube video on bomb dropping by a helicopter are pasted “almost seamlessly” with another clip about rescuers in white helmets clearing the debris and evacuating wounded people.

“The footage aimed at convincing viewers that it was “Russian” Mi-24s that were barbarously bombing a modern city where rescuing services operated. The city is close to modern. Quite alike the one where Euronews viewers live. And it has nothing to do with the place where religious bigots are driving “jihadmobils” and shouting “Allah Akbar!”, thus personifying the law and authority” - the video blogger comments.

He notes that it is not the only fake of Euronews. For instance, on 30 September, the very first day of the Russian aerial campaign in Syria the channel pasted together pictures of Russian fighter planes and battle planes exercises with pictures of rescuers clearing the debris, fighting fires and evacuating the wounded to the ambulance cars.

We remind that Russia has been holding aerial operation in Syria since 30 September upon the request of the Syrian president Bashar Assad. Russian aviation mainly aims at militants and objects of ISIS.