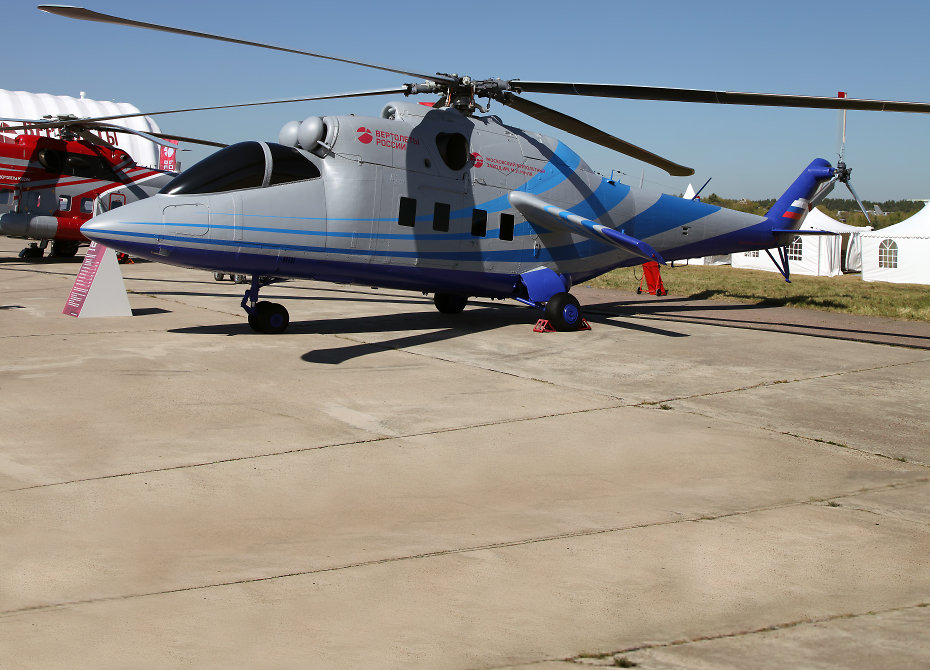 “Defending Russia” keeps on covering MAKS 2015 most haunting showpieces. The advanced high-speed helicopter (AHSH) turned out to be one of the most promising items.

The AHSH demonstrator became a surprising specialty of the air show. The static exposition presented a ground tests dummy based on the Mi-24K helicopter. By eye, it differs from the original with a single-seat cockpit and a “clear” wing, without wing-station. However, the point is in the rotary wing. They plan to develop new-type of blades for the AHSH.

Blades of new generation are supposed to be used with the mass-produced combat helicopters.

At the moment, the flight hardware assembly is about to be completed.

It is supposed to reach the top speed of 400 km/h (cruising speed – 360 km/h) given that most key parts and assemblies are equal to the ones of the Mi-24.

The first flight is scheduled at as early as this December.

The AHSH demonstration confirms that “Russian Helicopters” Holding keeps on working at a good many times announced speed helicopter, which has long been waited for.