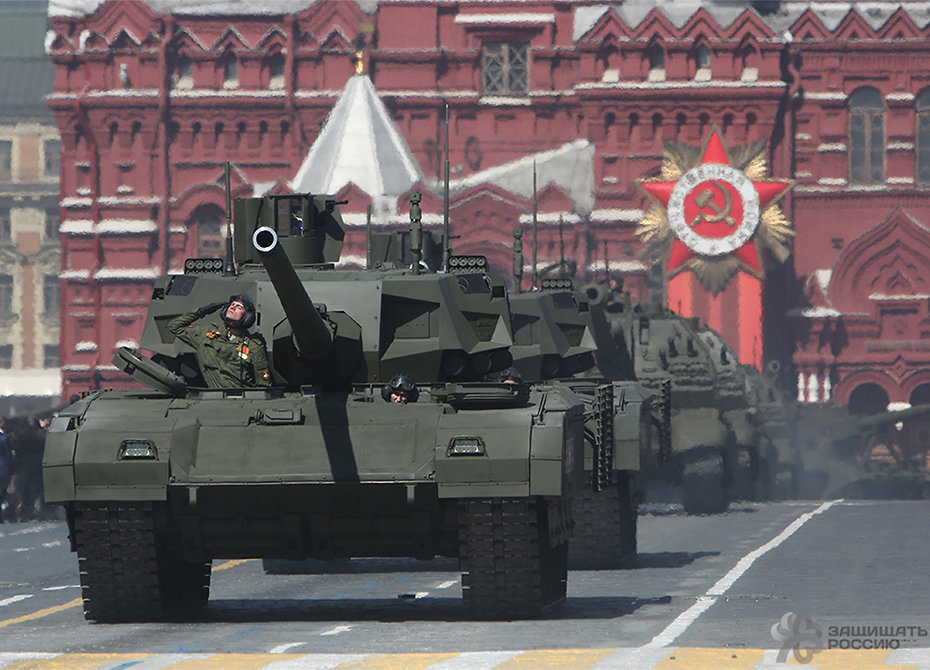 Victor Murakhovski, the editor in chief of the «Arsenal Otechestva» magazine, in the exclusive interview to «Defending Russia» put in layman’s terms why the new platform «Armata» is so good; the reason why the tank, based on the platform, died out in Red Square; if they are going to supply Pridnestrovie with the tanks and what the chances of the «Alfa-Bank» are to undermine the country’s defense capability.

— Why is it necessary to develop a separate platform but not a tank? Isn’t it less expensive to upgrade the operated IFVs and APCs and to develop a new type of tank than to create a unified platform?

— The Ministry of Defense ordered three unified platforms of different class to be developed (i.e. «Armata», «Kurganets-25» and «Boomerang»). Due to the fact the unified platforms weapons and military equipment are less expensive in production and operation, more effective in combat use than the present day different-type fleet of armored fighting vehicles. At the start of the Armed Forces reform the armed fighting vehicles fleet was quite diverse: about 20 models and samples of 55 model types. The service life of 65% of the fleet is 20 years and even more. Furthermore, the bulk of the fleet form the samples based on the tactics and operational art of the last century.

Regarding the current diversity of the fleet, the Ministry of Defense must conduct a policy of «forced unification”, intentionally removing from active service the equipment that still possesses resource and modernization capacity but enhances diversity and requires increased expenses for maintenance and operation.

Besides, within framework of modernization or modification of the previous generation samples, it is impossible to create a new class of efficient vehicles. The heavy T-15 IFV of the «Armata” family is the perfect example.

— What is so remarkable about the «Armata” for people ignorant of the armored vehicles, besides the capsule, where the crew seats separately from the aggregates and ammunition? Can one compare the armor capsule to the F-1 racecar cockpit: all the aggregates are mounted around it; in case of an accident the cockpit remains safe but the aggregates drop off?

— The armor capsule of the T-14 «Armata” is sure to be the safest place of the tank. However, all other elements of the vehicle are protected well from the various anti-tank means.

The key-feature of the new «Armata” construction philosophy is the so-called «digital electronic side-board” based on the network-centric and open architecture principles. The point is that the main element of the digital sideboard is the data-sharing net, which covers all the elements, assemblies, aggregates and sub-systems of the vehicle.

— Why did the «Armata” shown on the Parade lack the dynamic protection?

— In fact, the «Armata” tank possesses a newer, more efficient type of dynamic protection (DP) that covers both frontal and side construction elements. The upper section is also covered with the DP. The new DP elements outwardly seem different to the widely known DPs of «Contact” or «Relyct” type. For that reason it is only available for the experts to be seen. 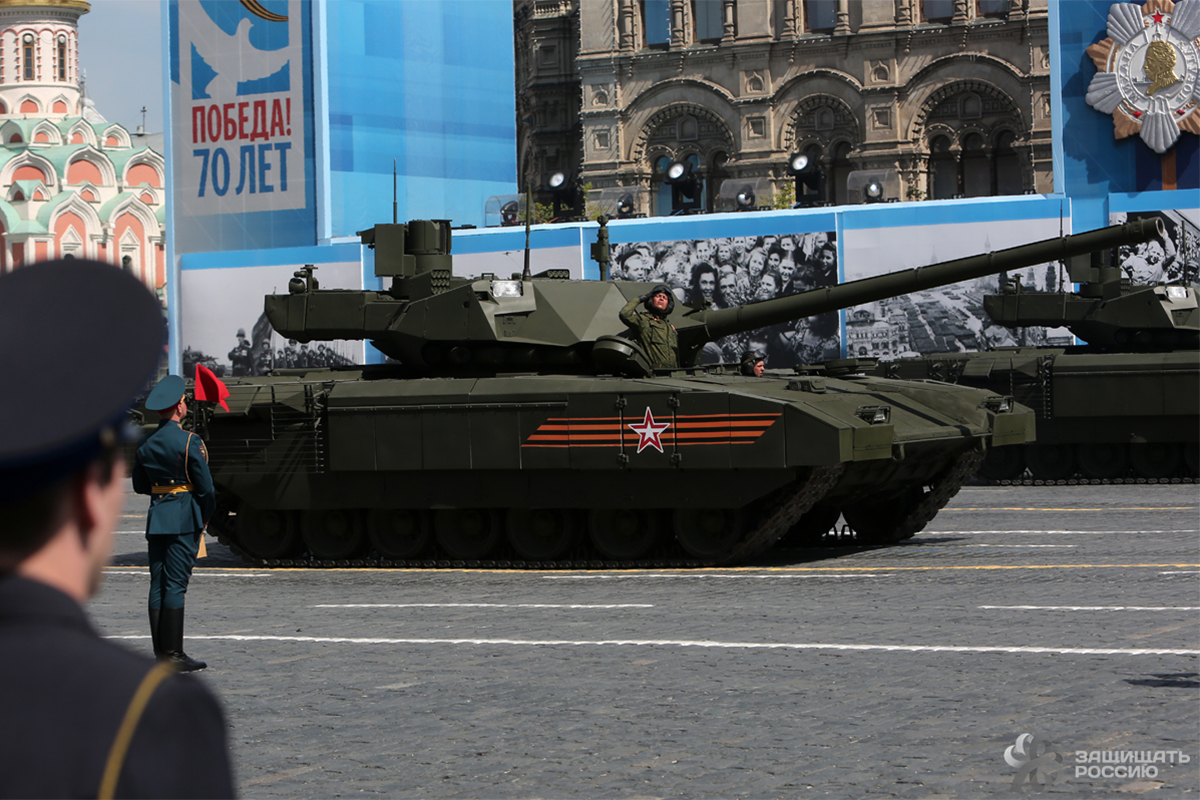 — What is the «Afganit» operational principle? What does «capable of intercepting anti-tank rockets» stand for? Is it a small air defense missile system?

— The «Afganit» active protection system is designed to intercept the anti-tank means threatening the armored fighting vehicles. The radar stations of the system permanently scan the environment. When a threatening ammo is detected the computer calculates its line of flight automatically.

In case there is threat for the tank to be hit, an anti-ammo is shot to destroy the anti-tank mean.

The «Afganit» can destroy both hollow charge grenades and ATGM as well as anti-tank shells, including armor-piercing fin-stabilized discarding-sabots.

However, the APS operating principle is not the same as the one of the ADMS: the ammunitions are unguided and are shot at the previously estimated target impact point. To crown it all, the APS is a lot less expensive than the ADMS.

— Did they present a true «Armata» tank on the Parade or was the turret a fake caused by tight schedule?

— The «Armata» tanks on the Parade were from the test output, which later was sent to the Russian Federation military districts to be tested in various physical, geographic and environmental conditions. Therefore, «the fake» is out of question here. What is different is that during the tests they detect faults, troubleshoot and receive additional requirements from the customer. That is why it the exterior of the vehicle might get changed but not drastically.

— Why did the «Armata» die out at the parade rehearsal?

— The soldier, driving the tank, made a few control errors due to the agitation. There was no mechanical breakdown. Later the test-driver from «Uralvagonzavod» started the tank and it quitted Red square under its own power. The very 9 May parade was free of any type of accidents. All went as planned.

— Will they supply the «Armata» to Belarus and Armenia? Are they likely to deploy it in Pridnestrovie?

— I do not think the question of supply to other countries will be relevant for the next 5 to 7 years to come. The peacekeeping forces in Pridnestrovie do not need to be reinforced by tanks.

— Mass-media reported the «Armata's» ability to resist low temperatures. Does it mean the tank will be operated in the Arctic?

— It is the vehicles based on the unified «Arctic» platform that are designed for operating in the Arctic. But the extremely low temperatures may be as well a characteristic of other regions where they operate the tanks, for instance of the Trans Baikal region.

— How fast is the «Armata» going to substitute the T-90 and the T-72? Do they intend to make a complete replacement?

— Russian Army is to receive 2300 modern tanks under the State armament program up to 2020. Suppose, owing to the well-known economic reasons, the re-equipment process may be extended for another 3 to 4 years. The T-90A and the upgraded T-72 tanks are to be sent to reserve and put into the long-term storage. 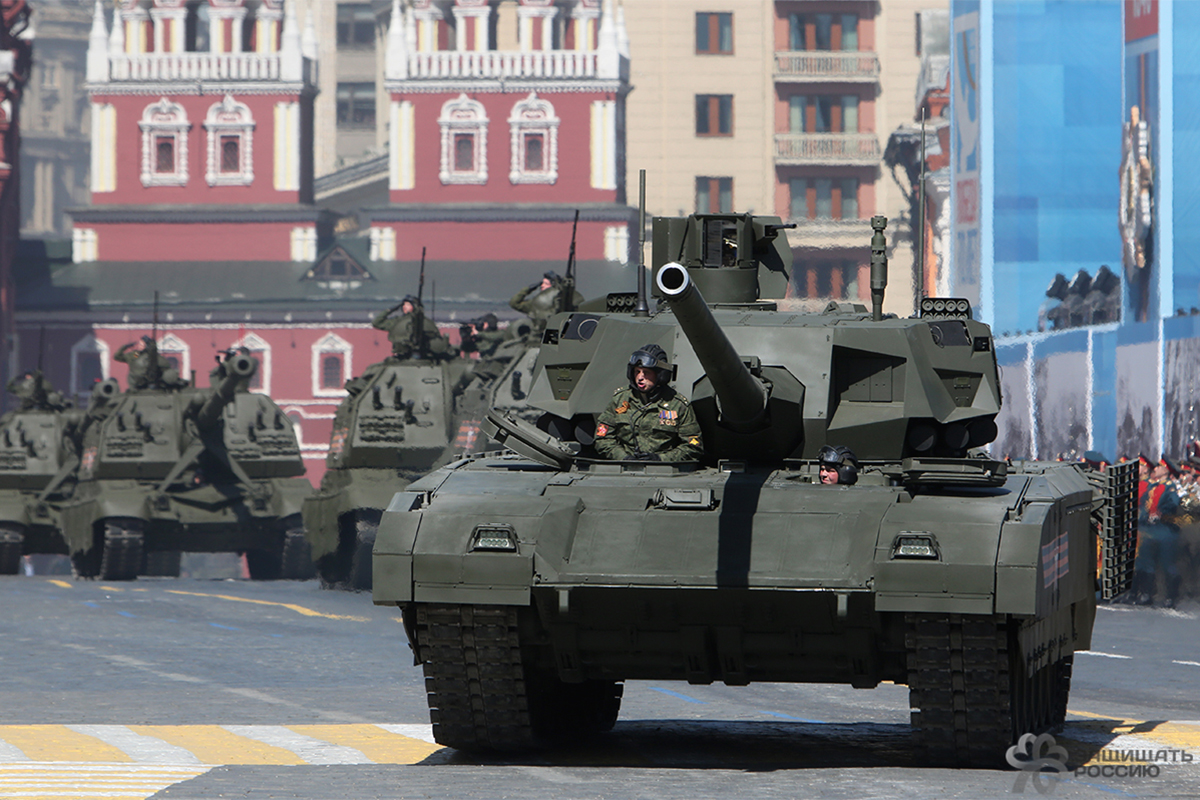 — How can the «Armata» influence the geopolitical environment around Russia? How strong does the new tank annoy the European countries-members of the NATO, the PRC, Georgia, Azerbaijan and Turkey?

— The new generation «Armata» tank significantly lowers the tank fleet and the anti-tank means efficiency of the mentioned countries.

It was evident that high-ranking military officials and the experts of the NATO countries were quite nervous: they demanded that the new generation tanks and more advanced anti-tank means programs of development to be started immediately.

However, I do not expect to see anything drastically new in the medium term. On the opposite, the Chinese partners' reaction was quite positive. Suffice it to mention that the China central television devoted lots of time to the 9 May Parade in Red square on the whole and to the new family of the «Armata» vehicles in particular. While the tone was friendly, sometimes even admiring.

— Will the «Alfa-bank» intention to drive UVZ to bankruptcy affect the platform production process?

— These processes have nothing to do with the UVZ special production. All kinds of development works on the «Armata» UVZ fulfills in full and on time. The mass production is also prepared as planned.