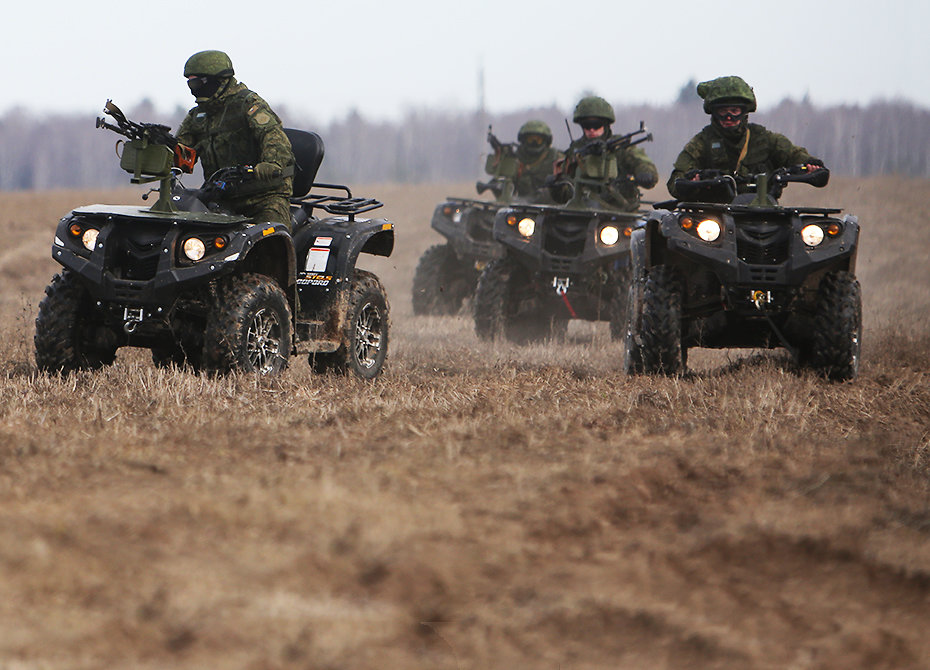 The first consignment of the AM-1 all-terrain vehicles (ATV) has been transferred to the Arctic brigade of the Northern fleet.

Highly mobile all-terrain vehicles will help conduct both patrol and raiding as well as reconnaissance and search and rescue missions in various conditions, including the Arctic.

The AM-1 ATV is the serial PM500-2-based vehicle. The ATV has a part-time 4 WD, extended protector wheeled running gear and loading capacity of 300 kgs. Top speed is 80 km/h, operational temperature is 20 degrees Centigrade below zero. Weighing 500 kgs the ATV can drag a trailer of the same mass.

Military configuration also includes a mortar, an AK-47 assault rifle and the SVD rifle mount systems. To operate in night-time the vehicle is equipped with projector in addition to the optional headlight.