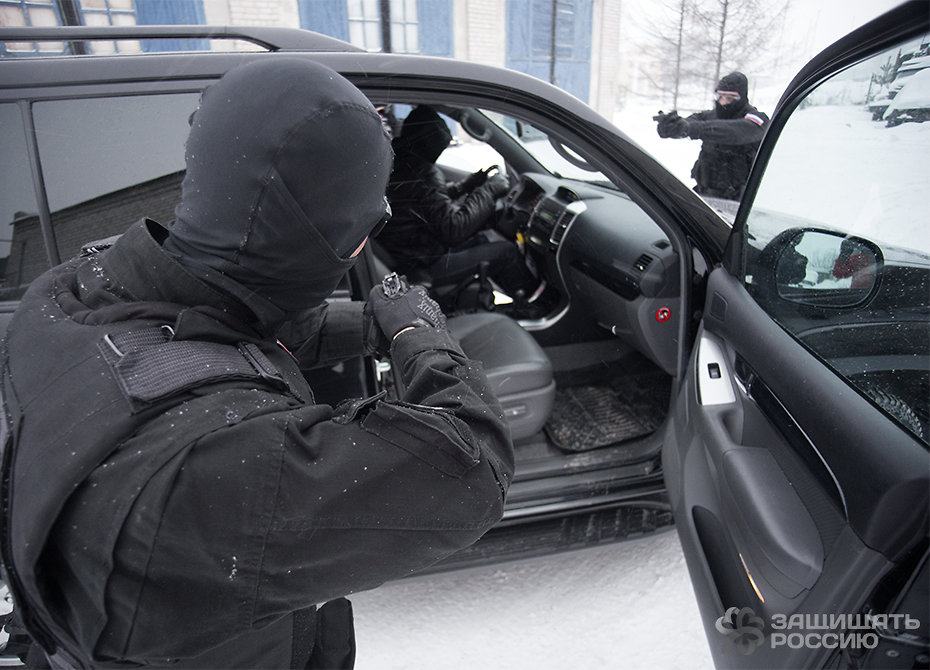 FSB Arkhangelsk Region Department has practiced seizing the terrorists by force. According to the exercise scenario, the antiterror group took by assault a building where ‘criminals’ were hiding, and arrested the ‘gang leader’ who was attempting to get away by car. See the Warmy’s picture story and find out how the Pomor special forces exercised.

Preparing for the assault.  As soon as the soldier cuts off the padlock with a rotary motor saw, the squad will rush into the building. 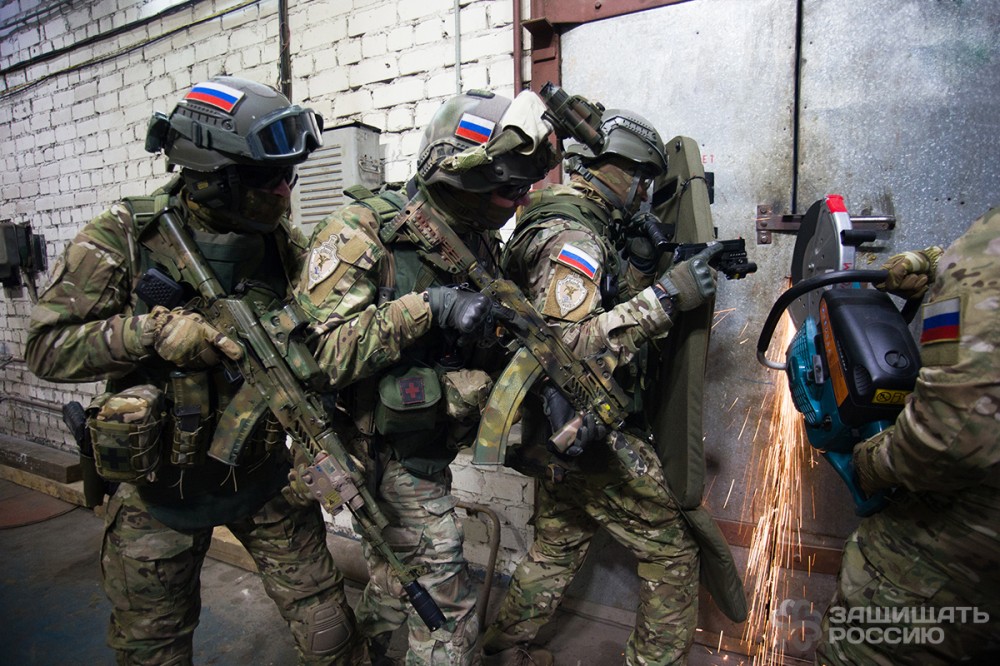 Inside the building. There is now a corridor to pass through. 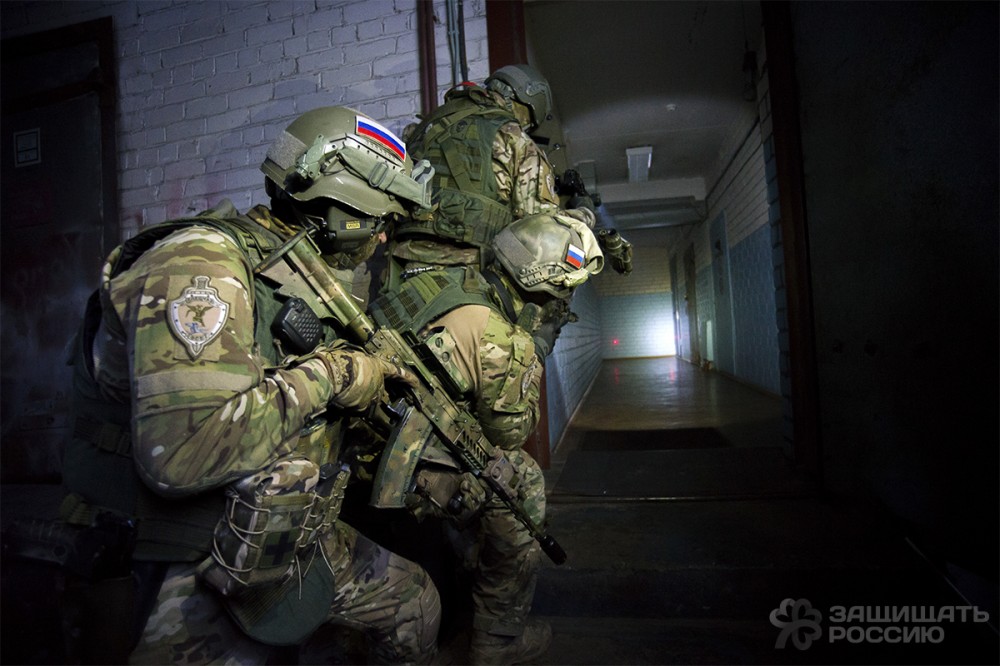 Climbing up the stairs under the cover of a blast shield made of multilayered bulletproof fabric. The shield-carrying soldier is armed with the SR-2 ‘Veresk’ 9 mm submachine gun. 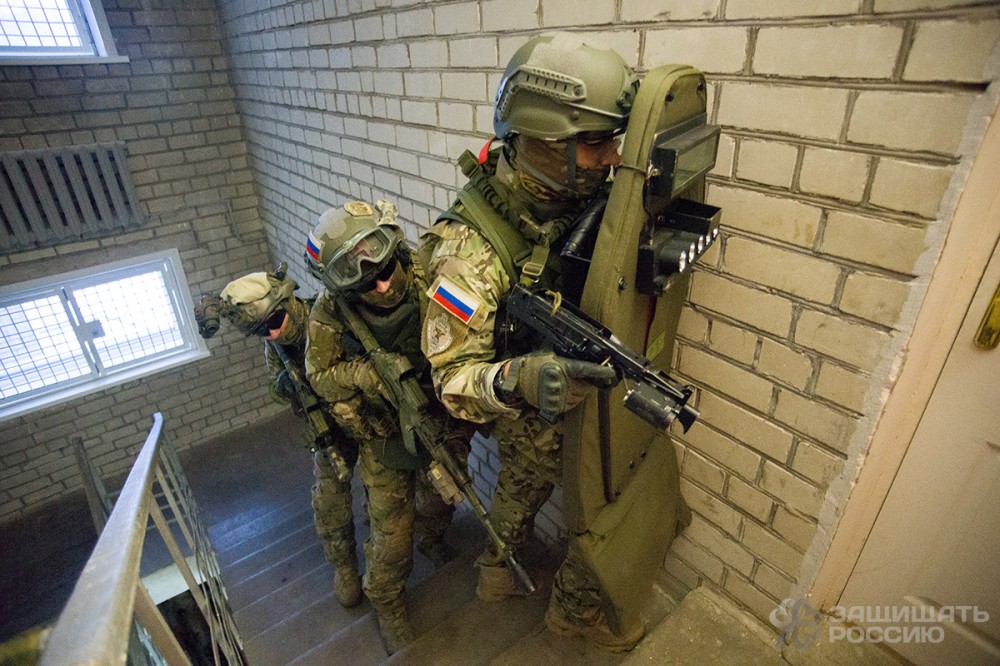 Meanwhile another group blocks the criminals who try to get away by car. 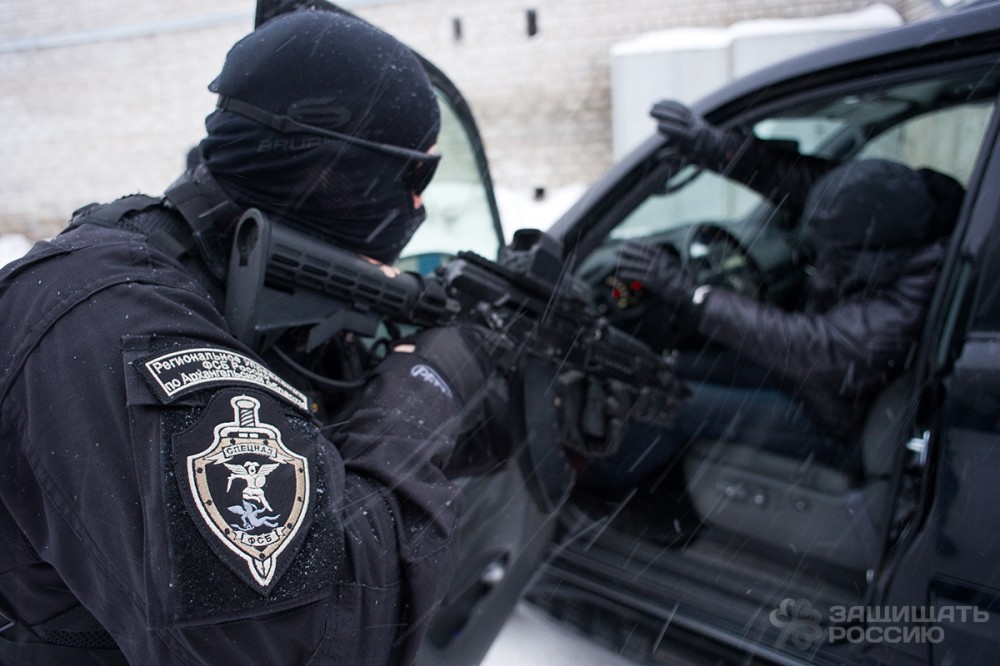 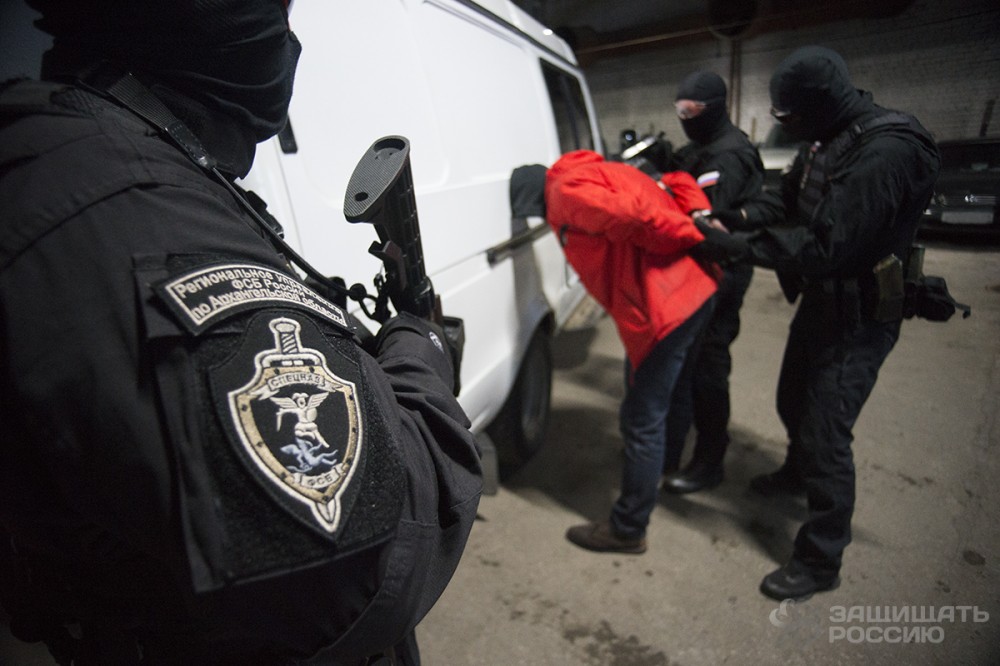 Pomor antiterror soldiers are armed with the 9 mm Yarigin pistols. Pictured: two types of painting — the black and the camouflage (for rugged country use). 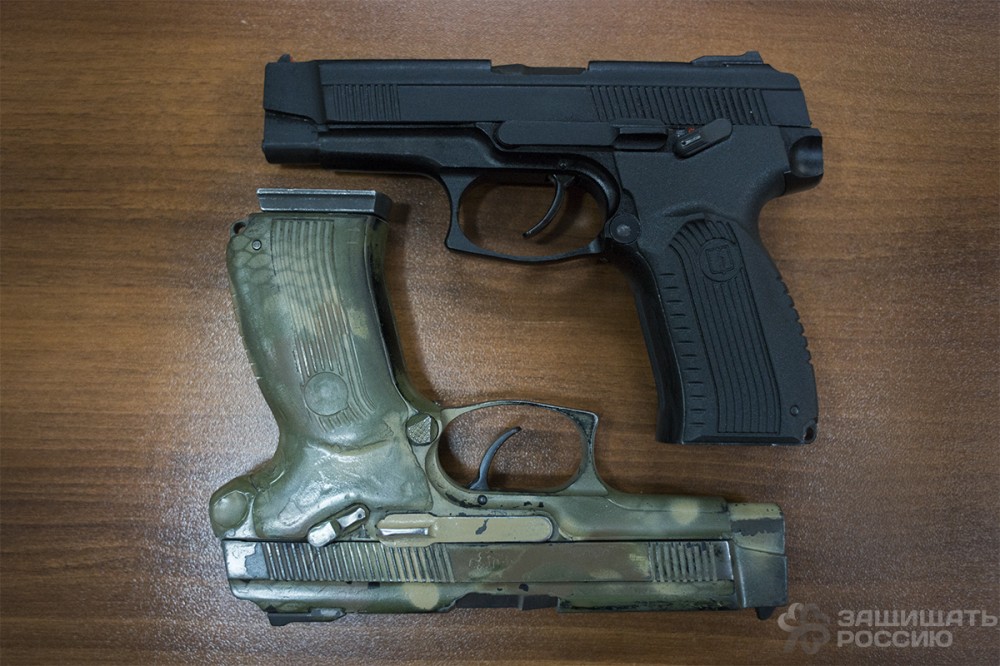 It’s hard to recognize the AKS-74U Kalashnikov assault rifle in this monster. The stock, the handle, as well as the grip seem to be fixed by the soldiers themselves. The foresight replaces the collimator; the muzzle break replaces the silencer. 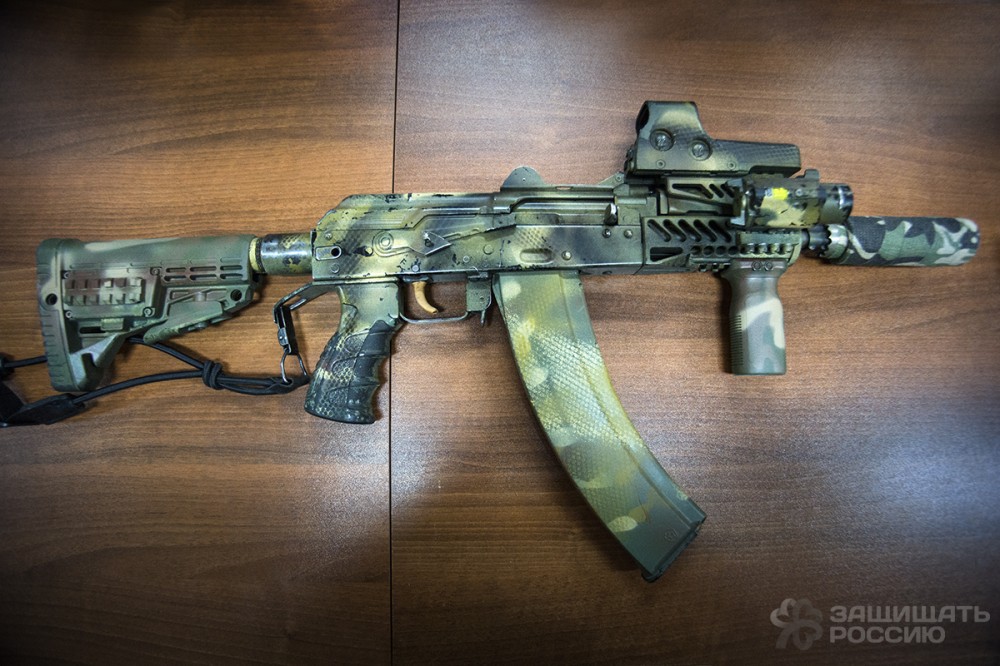 Yarigin pistol in close up. Despite the fact that it’s relatively up-to-date, many users have complaints, the main of them being bullet cramps in the chamber. As for advantages, they mostly mention its balance and weak recoil. 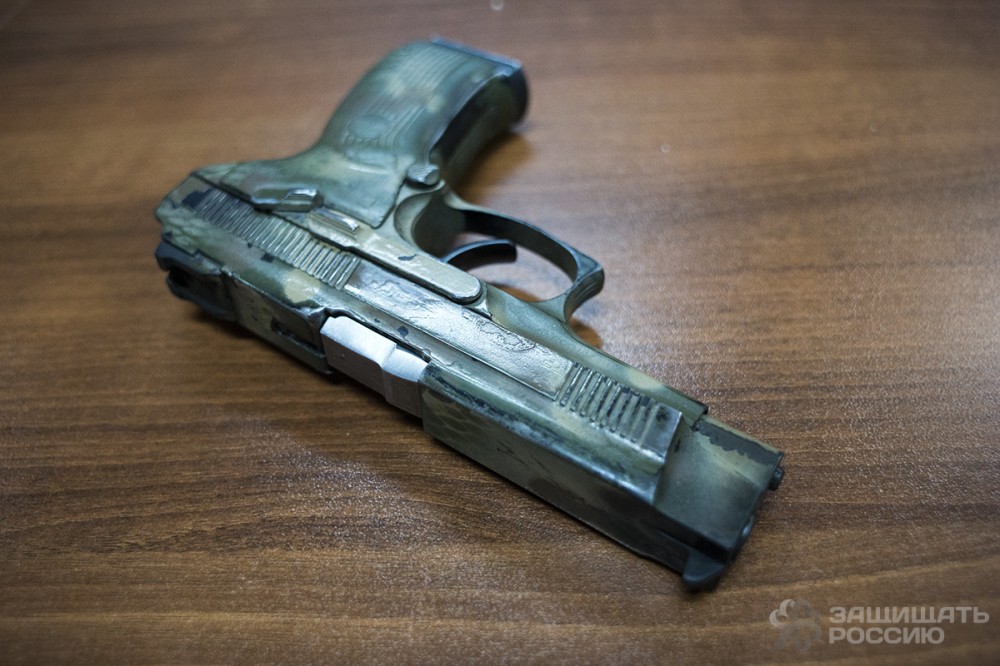 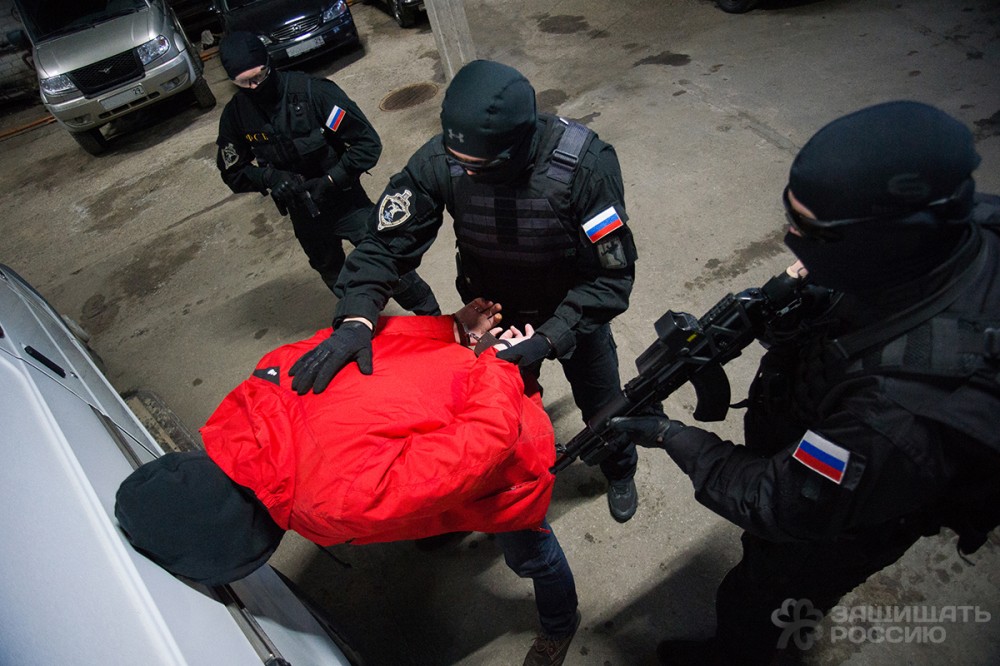