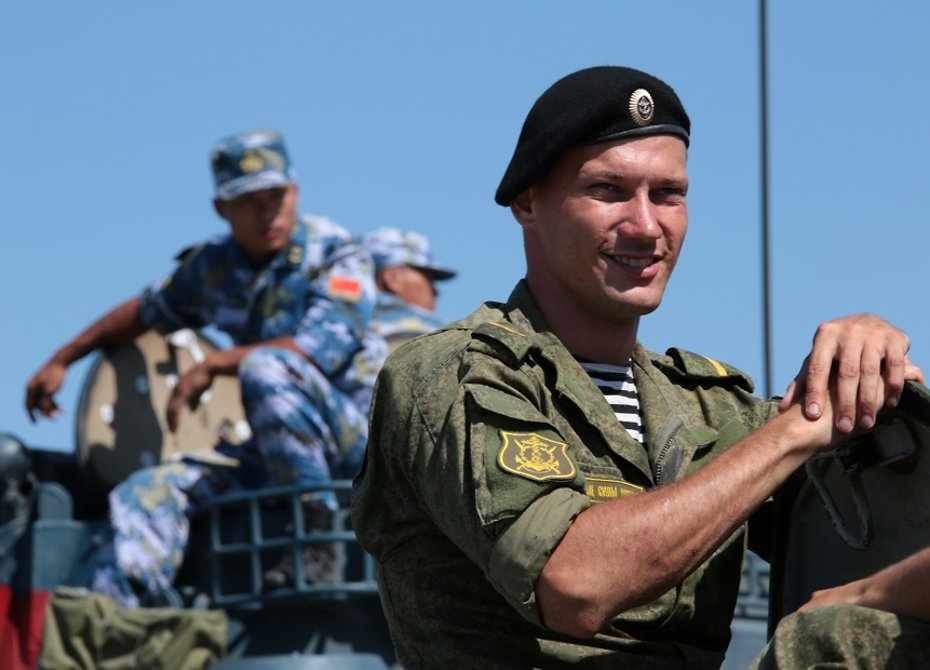 Russian Navy is celebrating the 310th anniversary of its coastal troops. They were designed to conduct fighting within amphibious forces, Defense ministry press-service says.

According to lieutenant-general Alexander Kolpatchenko, commander of the coastal troops of the Russian Navy, in 2015 marines have held about 1500 various military exercises, around 600 events of naval amphibious training; they have prepared over 10 battalion and company-tactical groups; they have conducted a few thousand artillery firings and missiles launchings in the frame of air defense training.

Marine forces of the Russian Navy are always ready to fulfill any tasks in any part of the Earth thus proving their motto “There, Where We Are, There is Victory!"

According to Kolpatchenko, marine units of the Russian Navy fleets performed over 70 combat services on the Navy ships across the globe.

“This practice is a must. The situation in the world is constantly changing. There is a number of new threats such as sea piracy, drug trafficking and sea terrorism. Therefore, Russian marines must always train to react to these threats efficiently” — he noted.